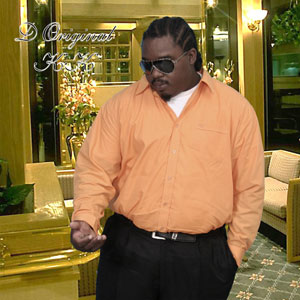 Port-of-Spain, Trinidad. January 9, 2012 -- 360. A big number with great purpose. That’s the sentiment behind Holy House Productions’ latest massive release in this, Trinidad and Tobago’s carnival 2012 season. One artiste out of sister isle Tobago proudly attests to the strength of the 360 riddim, saying that it holds a certain power of its own and immediately captured his attention when he heard it a few weeks ago.

Tobago’s K.Kay is now proud to say that his single on the 360, Wuk Up is perfect for the carnival revelry. It’s not a power track but he admits, it does have something to make any listener want to free up, jump up and truly enjoy the flavour of T&T’s electrifying carnival vibe. K.Kay is joined on the riddim by other noted Caribbean entertainers, among them General Degree out of Jamaica, Lyrikal, Problem Child and RKG. He said the energy of the riddim promoted a very high level of Caribbean interconnection, something he said, could be heard in each of the tracks.

Highlighting the releases of the other artistes like Lyrikal’s Heater and Problem Child’s Ah Vibe, K.Kay, whose real name is Kevon Joseph told us the riddim in itself has an upbeat, melodious, dancehall vibe that transferred perfectly into each lyrical piece of work from each of the artistes involved. “This was a real Caribbean connection,” said the young entertainer.
K.Kay has been in the music business for sometime, however with his base in Tobago, he admits that there’s a lot of work still to be done when it comes to marketing himself and his music. He plans on being more aggressive with the promotion of his music from here on in, and with a strong feeling about this latest release, Wuk Up- K.Kay says the masses had better be on guard for when he strikes next. Unsure as to whether he’ll be releasing a second single during carnival, K. Kay assured that regardless of whether he does or not, the music will continue to come.

In 2011, K. Kay recorded a track called H.O.T.Z with St. Lucian songstress, Shirla Slim. That single was produced collaboratively by MillBeatz Entertainment and Stone Tower Studio with mastering done by Mad Men Productions in Trinidad. Prior to that, he did a song with H2OPhlo’s Fridge, which was called Fun Time. Now, with absolutely no time to waste, K. Kay is making every effort to break all barriers that may have prohibited his growth as an artiste in the local industry. The 360 riddim launches his attack and with an army of Caribbean crooners beside him- there’s not a doubt in his mind, that he’ll make it sooner, rather than later!