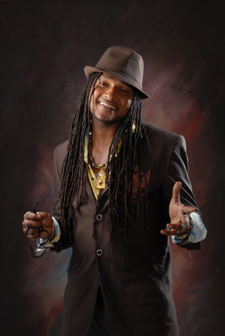 Port-of-Spain, Trinidad. January 10, 2011 -- T&T Soca artiste, Cassiano ‘Cassi’ Sylvester is enjoying a hell of a ride in Carnival 2012. In fact, his music, contrary to reports in a recent newspaper article, is enjoying tremendous airplay and for that he is grateful. “I’m really excited about this season. The music is standing up well next to other great tracks this carnival and I’m hopeful that it remains that way,” said the entertainer. He’s a bit baffled by the end result of a recent interview conducted with a local newspaper. “A lot of the things that were mentioned in that article were never once said by me,” he clarified, referring to insinuations of a soca mafia and allegations that ‘the soca controllers are about making and breaking stars.’

Cassi vehemently denies having made such statements or insinuations.

Sylvester who in 2011, gave music lovers a track called Town T’ing, has penetrated significantly this year with a style that’s very similar to his 2011 contribution. He once again decided to work with music producer, Richard ‘Charsu’ Ahong and quite the same as in 2011, magic happened with a single called, Inside De Party. “This is a song for both the young and the mature. It’s a song to make everybody dance and sing along,” he acknowledged, indicating that party patrons could expect an interactive stage show when he hits the stage at events this carnival season. Having worked very hard for over ten years, in a bid to make the breakthrough that he’s now enjoying, Cassi says he has no intention of turning back and will continue to work hard at bringing feel-good music to carnival enthusiasts. “My overall aim is to improve each year and in the end, evolve into an artiste that can truly bridge the gap between the old and the young- especially when it comes to feting- because as Trinbagonians, that’s our #1 pass time,” he said with a chuckle.

On the issue of the newspaper article, which was published on Sunday, January 8, Cassi says he remains in a state of shock over its misrepresentation. “I was shocked when I read what was written. A lot of it was the writer’s personal feelings, I think,” he said, admitting that it bothered him that his name was tied into a story, which carried such a negative connotation. “I am hardly one to talk about any mafia or anything of that nature. I only recently made my breakthrough and I’m still battling. This is not something I’d want to become entrapped in. All I want to do is give the people good music and that’s what I plan on doing,” he assured. Cassi also took the opportunity to thank his supporters for the love shown over the past few weeks and guaranteed that he would not let them down.