History In The Making - Water Taxi To Sail For Inferno Fete! 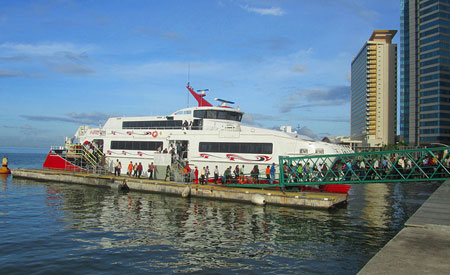 Port-of-Spain, Trinidad. January 18, 2012 -- In what is definitely a first for fete lovers and the population of Trinidad and Tobago in general, the water taxi will sail from San Fernando, stopping at the Port-of-Spain dock on Wrightson Road before continuing to Chaguaramas to the benefit of patrons attending what is being touted as the best fete to start the weekend on January 27th. This is the latest development from organisers of HOTT 93FM’s Inferno- an event that features Machel Montano and the HD band in a two- hour long stage show.

The vessel will leave the Southland at 8pm, stopping in Port-of-Spain at 9pm, before continuing on a 20-minute journey to Chaguaramas. Patrons interested in this service are being asked to get their tickets early at outlets inclusive of Bang Bang, San Fernando and Port-of-Spain and TT Surf, Gulf View, to ensure that their accommodation is made. This is history in the making as the sailing will work only to the benefit of patrons of this particular fete, all of whom must present their pre-purchased tickets to board the vessel. Tickets purchased include a return sailing at 4am with shuttle services being provided both on arrival in Chaguaramas and on departure from the Pier II venue. 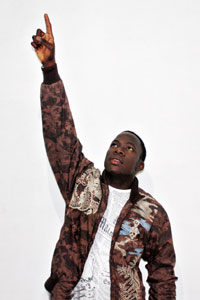 Meanwhile, newcomer Erphaan Alves who has been coming in for high praise continuously since he first hit the stage at the beginning of the season will be among the cast of soca superstars at this massive event. It’s no surprise that the young entertainer whose flamboyant on-stage stride is the topic of much talk this season and it’s also no surprise that he’s the man with quite possibly the tightest schedule this carnival. Patrons heading to Inferno will be privy to Erphaan’s incredible stage show, and so promoters are calling on everyone to get their tickets early.

Alves is just one great entertainer amid a cast of artistes, which includes Machel Montano and the HD Band, Kes The Band and Dil E Nadan. His hit single, In Your Eyes has been heating up the airwaves since December 2011 and with that incessant, yet sweet sound penetrating day and night, it’s no wonder that he’s a part of this cast, carded to truly entertain party lovers on show night.

On another note, parking and security, according to organisers have been taken care of with two car parks having already been secured at Williamsbay and Chagville, for patrons attending Inferno only. “We understand that it is important for patrons to feel comfortable leaving their vehicles parked outside a fete. For that reason we are making sure that all Inferno fetters who present their tickets to security at both car parks, are able to leave their vehicles behind with a sense of ease,” said one organiser.

For more on this event, check out Facebook- keyword Hott93 Inferno. There’s also a complete listing of ticket outlets, artistes and additional information at www.etceterabuzz.com.