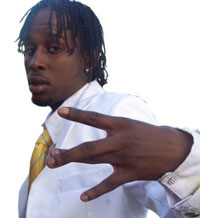 Port-of-Spain, Trinidad. January 19, 2012 -- Caribbean unity stands at the fore of Tri-Star Promotion’s carnival campaign as it has in years gone by. This year, one of Jamaica’s most promising dancehall entertainers will join his Trinidad and Tobago Soca compatriots on the big stage at one of the season’s traditional big fetes- Licensing Fete. With a recently released remix to Shurwayne Winchester’s hit single, Nobody Badda Dan We, Popcaan is ready to please party lovers on January 28th at Licensing compound, Wrightson Road, Port-of-Spain.

Having been to T&T a few times before, Popcaan- real name, Andre Sutherland understands the dynamic of the people and according to organisers, he’s excited to be a part of the Carnival celebration. Despite concerns about the over-exposure and proliferation of dancehall music within T&T’s soca season, Tri-Star Promotions is bent on using the festival and its feting element to encourage cross-Caribbean unity. “Music is the answer to solve any kind of separation we may have in the Caribbean. This is Caribbean love and unity. As Caribbean people, we have to embrace the cultures and expressions of each territory and that’s what we’re promoting each year when we bring a couple Caribbean acts to our events,” said a representative of Tri-Star.

This year, Licensing fete is being staged with the advantage of additional space being afforded for the comfort of all in attendance. The cast in 2012 is also of a very high calibre with Roy Cape and the All Stars, Shurwayne Winchester &YOU, Nadia Batson & SASS, Kes The Band and Bunji Garlin, Fay Ann Lyons and Asylum billed as the five big bands for the night. 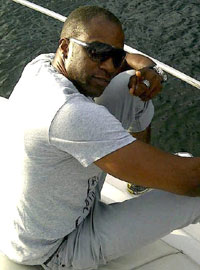 For years, Licensing Fete has proven to be a fete for the real carnival lovers with a tight show aimed at keeping the massive crowd constantly entertained. Years ago, it was one of the fetes where two stages were erected so patrons could enjoy one band immediately after another but that dynamic has since changed, allowing for less of a hustle among patrons to cross the venue. On January 28th, patrons to Licensing Fete are being assured that this year will offer all the things they’ve been yearning for in a Carnival Fete. “With Shurwayne and his band, the crowd will get a perfect mix of power and groovy songs- enough to make them jump, wave, wine and eventually wind down. Nadia and her all-female band, SASS have what it takes- we know that for sure now, and with Bunji and Fay Ann- the energy is always at a climax,” said a spokesperson for the organisers.

“Tickets have been reasonably priced to encourage everyone to come out in support of this fete- yet another traditional carnival fete that really is a staple to the season,” said the spokesperson.
The fete takes place one week prior to another big Carnival staple, which takes place in East Trinidad. WASA Fete will feature Dancehall King, Beenie Man along with the top soca stars of the season.