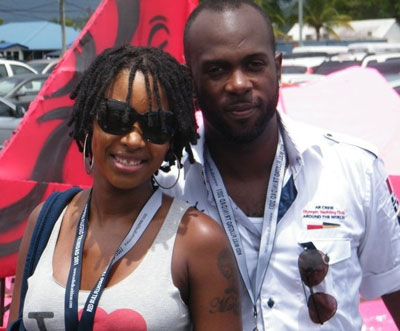 Port-of-Spain, Trinidad. January 23, 2011 -- With less than one month away from the carnival fete that’s most anticipated each year, organisers are saying everything is going according to plan for the 50th anniversary celebration that’ll take place at Army Fete 2012.

The military in T&T celebrates its golden anniversary this year and the carnival fete that represents the group best will honour this tremendous achievement. Fete lovers will benefit from it all with a chance to drive out of the venue in a brand new Toyota Sedan motor vehicle on February 10th. Patrons simply have to text the word ‘CAR’ to 2769 from any Bmobile handset to be a part of the action. Recalling that over the years, Army fete has offered patrons more than any other event with unparalleled safety and the biggest and best acts, all on one stage- organisers of the event are promising much more in 2012.

Among the cast of entertainers this year is Soca power couple, Bunji Garlin, Fay Ann Lyons and Asylum. The pair who announced that they’d be sitting out this year’s Soca Monarch competition has already assured their fans that the ultimate level of enjoyment awaits at any fete they perform at this year. It’s no secret that the superstar artistes and their Asylum band have given fans at Army Fete years of soca energy. “They’ve continued to bring a lot of enjoyment to patrons of Army Fete and there was no way we could ever leave them out. It wasn’t even a thought,” said an organiser.

Fans of the fete anticipate its coming, months in advance. Online, the social media buzz is extraordinary with true Carnival enjoyment seekers promoting their rationale for attending annually. “I never miss Army Fete- that is the best fete every Carnival,” said one patron in an online blog. Like many others, that Army Fete loyalist will more than likely enjoy this year more than previous years and with a VIP section being touted for patrons who enjoy an exclusive level of treatment and enjoyment, there’s no doubt that this year will see an outpouring of regulars and newcomers alike.

The season while short, promises to truly climax from February 10th when the fete is hosted at the Queen’s Park Savannah in Port-of-Spain. A massive cast, coupled with a number of celebratory trimmings await and so, organisers are calling on every Trinbagonian to come out and enjoy not just a fete, but a cultural show that will show off the beauty of T&T’s people, the arts and the island life in general.