By Sandhya aka Vamp Juice
Published on 03-Mar-12
Dr. Jay’s Return Fete is the most anticipated post Trinidad Carnival event in Canada. Those who attended Carnival, arrive to maintain the buzz they’re on, while those who didn’t are there to feel ...
>> View Dr. Jay's 17th Annual Return Fete Gallery 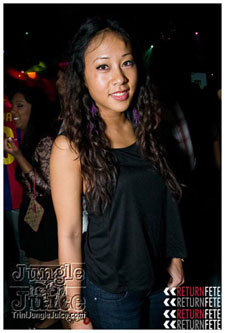 Dr. Jay’s Return Fete is the most anticipated post Trinidad Carnival event in Canada. Those who attended Carnival, arrive to maintain the buzz they’re on, while those who didn’t are there to feel the high the others experienced. Whichever of the two types of patrons you are, we can all agree that Return Fete satisfies both.

Performances kicked-off at 1 a.m. with the fresh face of singer/songwriter Kimba Sorzano crooning the ladies with his groovy track “Over You” – definitely my favourite groovy song for the Carnival season. Immediately after, the stage was energized with the dynamic duo that is Shal Marshall and Super Jigga TC. Explaining the “Type Ah Wine” that makes him want to hold on it, ride on it, Shal’s stage presence is nothing short of phenomenal. Super Jigga TC undeniably had one of the most popular songs for Trinidad 2012 Carnival, “Action”. The crowd sang along “gyal ah want yuh wine and bend down low” and females did just that - proving why Toronto always has plenty vibes and plenty action. 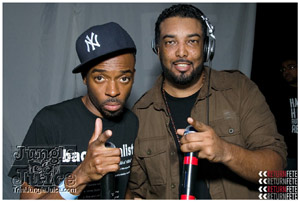 Lovely Nadia Batson graced the stage making the men “Shiver” and the women sing “No Pressure”. Not too long after, the man with by far the best songwriting catalogue in Trinidad, Kerwin DuBois took over the stage with his infectious songs filled with lyrics all fete goers can sing along and relate to, mainly “Bacchanalist”. If you weren’t in Trinidad for Carnival and were confused seeing people walk around with buckets in their hand, the confusion was promptly made clear as Swappi blew up the stage! “Bucket” had anyone who brought their own, holding it up in the air. Speaking of things being up in the air, everyone had two hands in the air for Iwer George once the riddim to “Jab (No Pain)” dropped.

I must say, with the performances smoothly pressing on one after the other, the vibe inside of Kool Haus for this year’s Return Fete was truly nostalgic! As a result it created that same feeling of almost any fete Trinidad Carnival goers experienced this year and giving that taste to patrons who didn’t. Kudos to Dr. Jay for yet another successful event!