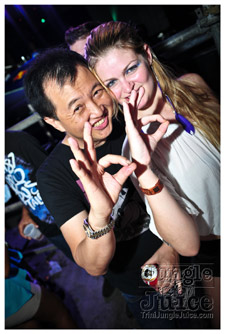 Bacchanal Wednesday has always been a personal favorite on my list of fetes to attend. Those new to the Carnival experience - from an entertainment perspective - this fete offers all you would need to see, with most major artistes performing. Adding to the mainstream mix, Bacchanal Wednesday joined forces with the World known Together as One festival and showcased an Electronica stage featuring top Electro DJs such as Dash Berlin.

Destra Garcia kicked off the night’s performances with nothing short of an energetic set, closely followed by TC and K. Rich. A break to allow for the band to change, and Kes the Band was on the stage, then buckets! – Swappi took over as large buckets were being handed out to the crowd. The most disappointing part of the performances that night, was the almost 2 hour wait before Machel Montano a.k.a. Mr. Fete, had the crowd pumping their flag. As a regular patron of fetes during the Carnival Season, I must add it is easy to tell when Machel is performing. If you are not familiar with his songs for the year or catalogue, know this: it ALWAYS rains when Machel starts his set. 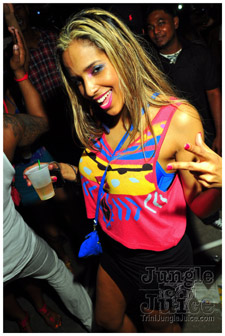 Apart from the rain, the bar was better managed this year – less confusion with where the chits were to be purchased. Beer and liquor were now all under each tent, instead of separated as in previous years.  Considering the diverse crowd drawn at Bacchanal Wednesday, the food tents were fairly limited to your regular burgers and fries. There were more International choices before.