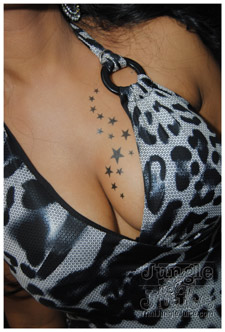 Comess in South Trinidad! "Comess" comes from French Creole commece meaning 'confusion', and boy was this name suitable! Bachannal when KI pulled a girl from the crowd on stage. Madness when All Rounder came in the crowd to spread his garlic sauce! What a night!

Sad to say, there wasn't the turnout that everyone expected but those that were there were sexy partygoers ready for the comess to come.

Twin Walls Compound was a nice location with secured parking and easy access, the layout was decent as well, leaving enough room for people to setup their own spots with their coolers.

While the crowd size wasn't as expected, they more than compensated with their vibes! To kick off the night, Imij and Company opened with a carnival wrap up and performances of all mainstream songs! Then came Shal Marshall and Supa Jigga TC with all their 'Trouble' and 'Action', if you know what I mean. Then came a short performance by K Rich which was practically an opener for Prophet Benjamin who threw out his older hits and then destroyed the crowd with an unbelievable freestyle. Then All Rounder performed, practically giving us a strip show, and spread his garlic sauce all through the crowd. To top that, the reigning chutney soca monarch kinda came with his hit Single Forever. Swappi and his 4D crew passed through leaving the wrap up to Karma who ended the night with a bang. All of this, with the sexy host Serala! 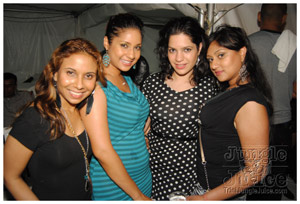 BYOB! Cooler party! There was also food available, one of which I tried, Chatoor's Burgers, which was the bomb!

I'd like to big up Screamerz tattoo studio from Gulf City who had a stand there doing some pretty decent airbrush tattoos. Really cool set of guys!