New Reggae Single out of Tobago, Set To Be A Massive Hit 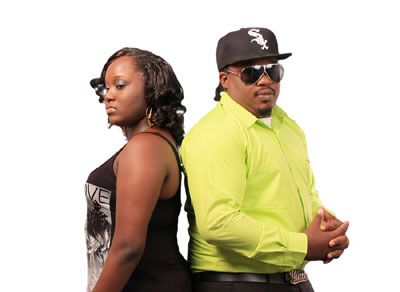 Port-of-Spain, Trinidad. May 4, 2012 -- You’ve heard of him. He has continued to market himself, hoping to make that much-desired breakthrough onto the music scene in Trinidad and Tobago and the region. Tobago’s K.Kay isn’t about to stop especially since he’s convinced that his music is infectious enough to please crowds across the board, from uptown to downtown and anywhere in between.

His most recent release is a collaborative one with a young songstress who is bent on showing the world just what she’s got, and she’s certainly got a lot to offer. Meet 23-year-old Crystal ‘Sparkles’ Nixon. She’s the female voice on the hot, new reggae single that many agree, will make waves across the islands of the Caribbean and overseas, if given the chance. Sparkles and K.Kay have known each other for many years and their musical chemistry has proven strong on previous occasions, however this time around Sparkles truly shines and with an effervescent vibe plus her vocal perfection, she’s putting everything she’s got into making this single a promotional success. “I’ve been singing since the age of 12 and I penned my first song when I was 14-years-old,” she highlighted, explaining that her compositions have won her numerous titles in varying competitions in Tobago. Now, stepping out of the ordinary and into the realm of vast possibility, the young singer who is quite intrigued by all aspects of music creation, is excited for the world to hear Thinking About You.

“This single was produced by Millbeatz Entertainment,” explained K.Kay, clarifying that the track was mastered by the highly reputable, Precision Productions. He highlighted that Thinking About You is reminiscent of the days when reggae music could reach out and touch the soul of any listener. Its message is also quite distinct and with strong production and masterful musical mastering, there’s no doubt that this track will offer the breakthrough both K.Kay and his vocal partner, Sparkles have each been seeking. “ This song is about love. It’s a feeling we all experience at some time or another. We live in a world plagued by negative happenings but there’s one positive word and feeling that could change all of that- and that word is love,” said K.Kay, explaining that the track’s lyrics will seek to promote more love and its melody will create that sweet vibe, capable of stirring up emotional feelings in the heart of any listener.

No matter the outcome this time around, the pair of Tobago songbirds is adamant that they will keep knocking on the doors at radio stations. They will work hard at promoting their music in every way possible and this is something that young Sparkles’ determined spirit will see her through. K. Kay has always loved music and this latest contribution is proof of that. The track’s smoothness is unlike anything heard in recent years and according to both vocalists, Thinking About You is just the reggae track to infect anyone’s life with the right energy that’s needed in an often chaotic world. Persons wishing to get a taste of the track, can do so by checking out the url: http://mad.ly/8eb082.