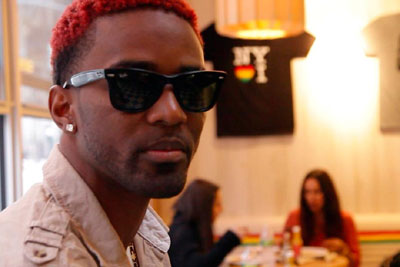 Red hot dancehall artiste Konshens continues his assault on the music scene with his latest single and video A So Mi Tan.

A So Mi Tan has been ripping up the airwaves in recent weeks and fans have been showing their appreciation to the Daseca produced track.

It is the latest in a string of hits from Konshens who debuted in 2007 with the number one smash, Winner.

The video for A So Mi Tan has been released to television stations across Jamaica and the Caribbean.

The clip was directed by a team from the New York based Unique Impact, and shot on location in New York while Konshens was promoting his recently released Mental Maintenance album.

The clip contains live footage of performances and interactions with fans alike.

Konshens has been on a tear over the past few months. Smash hits such as Gal a Bubble and Do Sumn have topped the charts in Jamaica and across the Caribbean.

Stop Sign, another single from Konshens has been climbing the charts at rapid pace.

Last weekend, Konshens performed at the end of semester concert at the Borough of Manhattan Community College in New York.

His next assignment will be on May 25 at the Kenyan Open Day reggae celebrations in Texas.

Female fans of Konshens can look out for an exciting promotion with a Jamaican alcohol company. Details will be announced shortly.