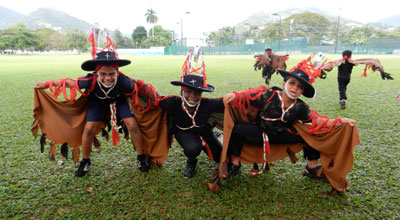 May 17, 2012 – Port of Spain, Trinidad and Tobago -- Trinidad and Tobago’s veteran children’s theatre company, Lilliput Theatre, will explore the many sides of Anansi, the spider, the man, the trickster, the shape-shifter in its 2012 production, anansi and the world wide web. Curtains open on Lilliput’s Anansi story this Friday May 18, 2012 at 7:30 p.m. at Queen’s Hall with nightly performances until Sunday May 20, 2012.

“Anansi is a spider, Anansi is a man, Anansi is a trickster from a foreign land,” chant the Lilliputians in memory of one of West Africa’s and the Caribbean’s most popular characters. anansi and the world wide web uses the art of storytelling to present the Anansi story in three contexts that reflect modern day society. “The essence of this year’s production is to revive the Anansi story tradition while putting our spin on it. We are interested in what we can learn from this trickster,” shared Lilliput’s director, Wendell Manwarren. 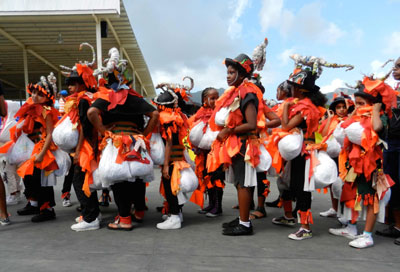 Lilliput Theatre teaches drama to children aged 7 to 18 and dance to children aged 3 to 18. It was founded in1975 and encourages self-confidence through the challenge of theatre, game play and imagination. The theatre’s production team is led by founder and artistic director, Noble Douglas, and Manwarren. They are supported by drama tutors, bartels and Tonya Evans; and dance instructors, Evans, Arlene Frank, Charlene Harris and Charlene Rollock. For more information email liza@estuarypr.com or call (868) 367-5295.