By Sidney aka Scorn Juice
Published on 01-Jun-12
Rumours of professional models being used to portray the costumes at PoisonUK's Carnevale di Venezia Band Launch 2012 have circled the air in London, ever since the mention of this band launch. It was hardly a surprise to find out and to witness that this band launch was just ...
>> View PoisonUK Carnevale di Venezia Gallery 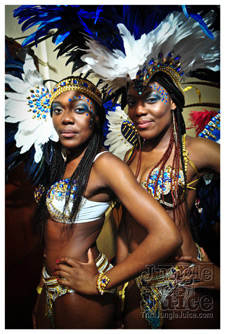