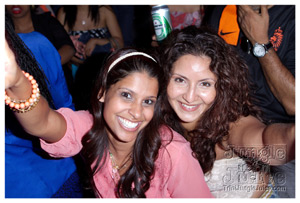 SUNSET has definitely earned its  MUST ATTEND designation with its track record of consistently delivering a high quality entertainment. This year was no exception...

During a weekend that was marred by a senseless shooting at the Eaton Centre downtown Toronto, this event was a most welcomed demonstration of positive energy as some of the most talented DJs came together to help celebrate the birth of their counterpart, Dwayne Pitt aka D' Bandit.

As mentioned earlier this event continues to grow in popularity and has now cemented itself as one of the premier pre-Toronto Carnival events. This is owing to the attention to detail and the support and talent of the long list of DJs and MCs in attendance. 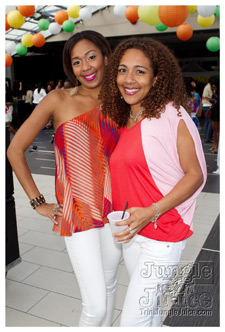 The weather settled down around 4pm and the sun made a brief guest appearance delivering a somewhat muted sunset but that did not damper the spirit of those in attendance who were munching on finger food that included, among other things, fried plantain, pumpkin, calaloo and oil-down to name a few.

Soca sweetness and Jester knowing that one should wait 15 minutes after eating before going onto the dance floor took the packed crowd back in time for a bit before unleashing a scorching set. Lindo P later stepped up and took over from where Sweetness left off without missing a beat.

All the other DJs did their thing however Private Ryan, Hypa Hoppa and and Back to Basics must be singled out for their performance and ability to manipulate the crowd with varying eras of music.

The evening fittingly culminated with the birthday boy being honoured for his birthday and professional career contribution by his peers. 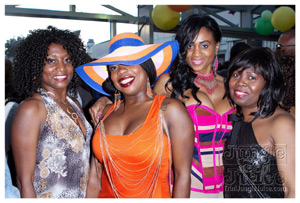 This is a great event that will definitely grow to the point where tickets will be hard to come by. Mark the date on you calendar as soon as SUNSET 2013 is announced and join the celebration. A good time is guranteed.

On behalf of the TJJ family I would wish D' Bandit all the best to him and his family and look forward to covering many more events.