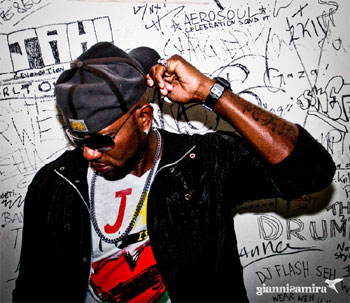 Almost at the completion of his successful tour of Germany, where he continues to woo his fans and represent Jamaica with his fusion of reggae pop songs. Da'Ville, an ambassador of Jamaica's reggae culture, is getting ready to unleash his eagerly anticipated album entitled "Krazy Love."

Released on the Fashozy label, an imprint owned bythe singer, Krazy Love is the third full length studio album from the artiste and comes on the heels of a well received mixtape, Vitamin D, which was released on May 22. Da'Ville notes that "Vitamin D" was just one part of the prescription to heal his fans, and "everything comes full circle this summer with "Krazy Love."

He emphasised, "Please note that it's crazy with a capital 'K' and there's a good reason for that."

"Krazy Love", which features the chart busters "Took A Break", "Your Swag", "When I'm With You", "Thug Like Me" and "You Got Di Ting", is set for digital release on June 19,and will be distributed by international company, Zojak. Da'Ville will be right in the midst of the fireworks with this album as the physical copy will be released on the fourth of July, traditionally celebrated as Independence Day in the United States with a fireworks display that is unmatched.

The internationally known lovers' rock singer knows well that "Krazy Love" will ignite more than a few sparks and rekindle the fiery passion for reggae music.

"Reggae music has always had its market and we need to take control of these markets and stamp our dominance. The time for playing is over. We have so much talent in the industry but we are still not getting out as many albums as we should, and we are not pushing them as we should. No wonder the billboard Reggae Album Chart is usually dominated by artistes who are not even from Jamaica. We know that reggae music is our island's gift to the world, but at the same time we need to cherish and protect what is ours," Da'Ville declared.

Da'Ville's debut album entitled In Heaven helped to establish the singer solo career, and by the time he released Always On My Mind, Da'Ville was indeed a force to be reckoned with on the international reggae scene.

Da'Ville returns with nothing but "Krazy Love". The album will be distributed by Tads Records.