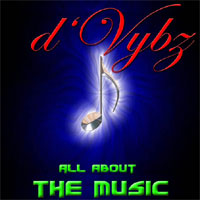 Basseterre, St.Kitts (November 15th):- D'Vybz, one of St.Kitts-Nevis and the caribbeans  top music groups will be releasing their first single for St.Kitts carnival 2008-09 on Wedsnesday 19th on St.Kitts' WINN FM's  Killing the Time Drive (KTD) with DJ GQ.

The less than 3 year old band is regarded as one of the top bands in St.Kitts and in a relatively short period of existence has managed to make waves on the regional and international scene with their smash debut album "No Turning Back" in 2006 as well as there sophomore gem "Life" in 2007. Both albums featured huge carnival hits including "Turn it up" which was road March champion runner-up in 2006 and last years DJ Play which has been featured on numerous soca compilations and reached number 1 on the UK Vibes fm Soca charts.

The new single,"Get on so" is the first release from the upcoming "All about the Music" album which is expected to be released on November 28th. It features d'Vybz front lady Shakki in typical vintage form. The single was written by Shakki and Produced and Arranged by d'Vybz young keyboardist Gavin "Ras Anybody" Charles.  Further details about the upcoming album will be given during the single release .  GQ's KTD Drive time begins at 3:15pm.  WINN FM can be found at http://www.winnfm.com.