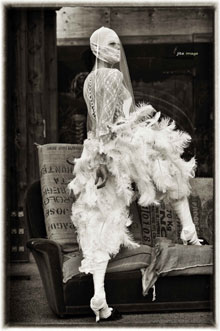 This summer marks one of the most memorable seasons in London’s history the diamond Jubilee celebration honouring her Majesty Queen Elizabeth II and the arrival of the greatest show on earth the London 2012 Olympic and Paralympic Games.

With the country on such a high fashion Designers’ and Craft makers’ Young Designer Awards, (which is the brainchild of Knitwear Designer Joanna Marcella) is inviting International fashion & accessory designers along side our British fashion designers to London on the 27 October 2012 to show their collection in a gala show to an audience of fashionistas and media at the Pullman London Hotel St. Pancras (formally the Novotel Hotel ) 100 -110 Euston Road London England NW1 2AJ.

This will be an exciting networking event celebrating the work young designers in the FDC Young Designer Awards, showing one innovative garment (inspired by the iconic fashion designer Alexander McQueen, rising designer brands based in the UK will also showcase their new collections in the Radical Designer Award and the really young talent will show their talents for the first time in Celebration of Young Fashion Designer Award.

Joanna Marcella says, “This event is a wonderful gem and we are keen to make it an international event where designers from all over the world can show a collection and bring their creations to a wider audience.”

The FDC Young Designer Awards promises to be an event not to be missed, not only will attendees be privileged to witness the collections of new up and coming designers of the future, winners will be selected for a chance to showcase in “Fashion Designer Expo Florida” and New Jersey Fashion Week.