Europe Targeted By Trinidad Reggae Crooner for Next Major Release 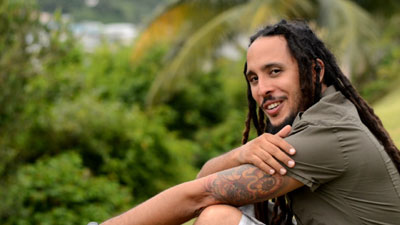 Port-of-Spain, Trinidad. August 6, 2012 -- Aaron Marquez is one of T&T’s rising reggae acts and on the heels of news that he will be opening for reggae royalty on August 30 in Trinidad in a concert dubbed, House of Marley, comes information that he is set to create a video for his latest release- a track called, Sweetest Memory. The thing is, the song is being released especially for the House of Marley concert and by the look of things, Marquez is gearing up to leave a lasting impression at month’s end.

Sweetest Memory is carded to be released at the end of this week and according to PengCo Music’s Randal Alexander who doubles up as co-producer alongside VCE productions, and manager for Marquez, the track epitomizes that feel-good, loving reggae vibes of years gone by, fused with a contemporary sound that the team is certain, will be thoroughly enjoyed by music lovers. “ We did this one especially for the concert and we are really looking forward to a high level of support from the men who make the music matter across the board,” said Alexander who penned the track’s lyrics with Marquez. A team of young producers from St. Lucia called CreedKool is producing the video; they were responsible for the supporting video for the Kush Medley, which was done last year. That riddim was produced by PengCo Music and also featured Marquez with his single, That Smell. Alexander said he decided to give the youths another opportunity to show off their skills, a remark that reiterates his continued support for blossoming talent in the entertainment arena.

Amid the imminent release of the single this week, Marquez is working hard, laying new tracks in the studio. Alexander said the team already has four songs ready for release, following Sweetest Memory and assured that their promotional team is working hard to ensure that all music from Marquez is distributed strongly across the European market. “ We’re going hard with this single. We’ll be releasing everywhere in Europe and we’re anticipating a strong show of support out there,” said Alexander. Sweetest Memory is also said to feature the national instrument of Trinidad and Tobago- the steel pan, letting it be known, according to Alexander that the production is merely a taste of what the twin island republic has to offer.