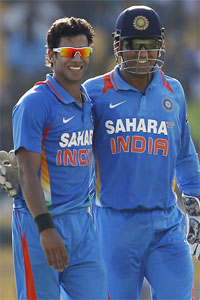 ESPN Caribbean has secured rights for the first season of the Mahindra Sri Lanka Premier League cricket. All matches leading up to and including the finals will be available live, exclusively on ESPNPLay.com, ESPN Caribbean’s live broadband sports network. The semifinals on August 28th and 29th, and the final on August 31st, will also air live on the ESPN2 Caribbean TV network.

The Twenty20 competition features a total of 24 matches as seven teams representing the provinces of Sri Lanka compete in a round robin group stage, semi-finals and final between Saturday 11th and Friday 31st August.

Bernard Stewart, vice president and general manager, ESPN Caribbean and Maritime Media, said “The inaugural season of the Mahindra Sri Lanka Premier League cricket will feature some of the biggest stars in the sport. This is a great addition to our broadband programming lineup available on ESPNPlay.com and adds to our broad coverage of top cricket events across the region.”

Sri Lanka Premier League rights holder Somerset Entertainment Ventures’ chairman Sandiip Bhammer said the partnership was an exciting one. “ESPN is the ideal platform to take Sri Lanka’s message in respect of a seminal cricket tournament of this stature to the rest of the world, especially at the end of the 30 years war, and we’re very confident of, and proud to be associated with a channel of the caliber of ESPN which has such fantastic following within its respective territories.”