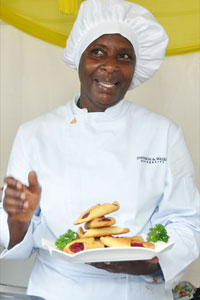 The Tobago Blue Food Festival 2012 is less than two weeks away and as local cooks ‘tun up’ the pot to create dynamic dasheen dishes, thousands are expected to turn up in Bloody Bay to experience this very unique culinary event. On October 14 the village of Bloody Bay will be transformed into an epicurean expo as local cooks demonstrate their skills by transforming the commonly used ground provision into innovative entrees, creative desserts, robust liqueurs and inventive appetizers.

The festival is coordinated by the Division of Tourism and Transportation of the Tobago House of Assembly, in collaboration with the Bloody Bay, L’Anse Fourmi and Parlatuvier village councils. This year, the festival will be held in honour of the nation’s 50th anniversary and patrons will enjoy ‘blue food’ dishes at a venue that will be decked out in red, white and black. 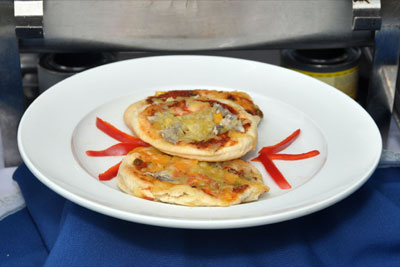 A crayfish competition among the villages will provide sufficient excitement at the Bloody Bay River running through the venue and a petting zoo will be on site to entertain and edify the younger visitors. The crowd will also be treated to performances by a range of Tobago's most celebrated artistes, including Shadow, Fire Fusion and Johnny King.

The Tobago Blue Food Festival remains one of the many initiatives through which the Tobago House of Assembly increases the island’s visibility in the local, regional and international tourism market. The annual festival consistently presents an opportunity to promote Destination Tobago, stimulate economic activity within the tourism business unit and showcase to the world the island’s most delectable signature delicacies.