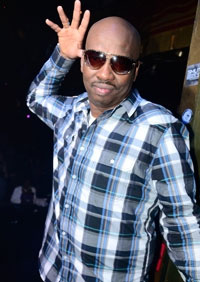 Port-of-Spain, Trinidad. November 8, 2012 -- The annual event that kick starts carnival in Trinidad and Tobago is Fire Fete. In 2013, the big carnival starter will take place at the Queen’s Park Savannah on January 12. A staple to the festival in every sense of the word, Fire Fete will mark its 26th year in 2013 and as is the norm, event organisers are promising an all out, spectacular first fete, heading into the short festive period.

Fire Fete’s theme in 2013 is Blaze It Up. The intention, according to organisers is to allow real fete lovers that opportunity to break loose, relax and truly enjoy good soca music. On the performance list, there are already a some ver big local and regional names when it comes to solo performances, however the big band frontrunner for this event is none other than the Asylum band. Already, ragga soca hit-maker, Bunji Garlin who leads the band with his wife, Fay-Ann Lyons, is proving a force ahead of the season. Bunji has released several tracks- among them Touchless, None Like This, Good Oye, Ragga Soca and Differentology. Fay-Ann’s performance is always anticipated and with a catalogue of soca hits, her performance at Fire Fete 2013 is likely to be her best yet! 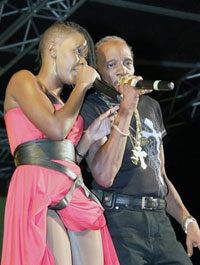 A short season brings with it many challenges for promoters as events usually run one into the other. Even with that acknowledgement however, organisers of Fire Fete 2013 are calling on patrons to start the season right. “The rest of Carnival is dependent on the energy that’s given off at this first big fete- Fire Fete. Every year we showcase the big artistes of the season, we deliver a hyped event from beginning to end and security is always our number one priority- this will never change,” said a representative of the Fire Fete team, who added that 2013 will see even more space for fetters and the best lineup possible for any carnival kick start event

With planning in full swing, Carnival enthusiasts can expect a great start to the season come January 12. More information will be available in the weeks ahead via social media platforms- Facebook and Twitter with further highlights on Trinidad and Tobago entertainment news website www.etceterabuzz.com.