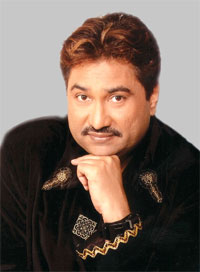 Bollywood Indian singing superstar, Kumar Sanu will perform live at the 2013 edition of Chutney Brass taking place at Guaracara Park, Pointe-a-Pierre on February 2. The leading Indian playback singer along with the world's top chutney bands and artistes will perform on what Randy Glasgow Productions promises will be the largest and most elaborate stage erected in the Southland to date. For next year's show, Guaracara Park will be renamed Chutney Park for one day only.

Since its inception the Chutney Brass Festival has grown into the biggest event of its kind attracting in excess of 22,000 patrons at its peak. These are not only Trinidadians, but people have come here from St Lucia,Barbados,Antigua, Suriname, Guyana, New York, Toronto, Ontario, London, Amsterdam, Sweden, Spain, Germany and other countries to attend the event.

Immigration and tourism records have proven that during the week leading up to the event there is a noted high increase of arrivals from these places. Sanu’s management company in London has already indicated that fans of his from India, Europe,North America and several Caribbean islands will be making the trip here for this Chutney music extravaganza.

Chutney Brass 2013 will also feature performances by Dil-E-Nadan with Raymond Ramnarine, Derek Seales and Imran Beharry as well as Ravi B, Nisha B,Gregory and Karma. Also scheduled to perform are; BMRZ, Melobugz, D Rampersad Indie Arts Orchestra and KI with 3Veni. The most sought after solo chutney and chutney-soca artistes will also be featured.

The main field at Guaracara is being prepared to accommodate the thousands expected to attend and parking for over 4,000 vehicles will be facilitated at the Mannie Ramjohn Stadium, and other large secured parking spaces in the Marabella area. PTSC will provide shuttles from these various locations. The complete lineup of performers including more bands and also dancers will be announced by New Years.