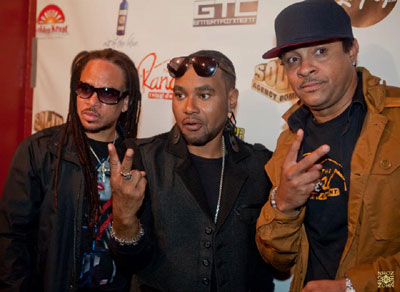 Jamaican dancehall artiste Red Fox and Barbados born singer Rayvon, who have had some success on the Billboard charts with various singles, are gaining momentum in reggae circles with their collaborative single No Other like You.

The bubbly dance ditty which was produced by New York based Jamaican producer Musical Masquerade, has been making inroads at radio and on social media.

In a release, the producer highlighted the positive feedback and the progress of the song.

‘The response has been positive so far. Based on the promotions that we have been doing in North America, Africa, Hawaii and Europe, the feedback has been phenomenal’, said Musical Masquerade.

Top radio jocks including Pat McKay from Sirus XM Satellite Radio and the legendary David Rodigan from the BBC, have thrown their support behind the song.

‘Many of the DJs who have previewed the song have noted that more of these songs are necessary for reggae to connect to the buying market and not just the hype market’, said the producer.

No Other like You was released digitally on January 15.  A video to support the song’s promotion efforts is in the pipeline.

‘There will be a video for the song as we are currently working on the treatment and negotiating with sponsors. In the mean time we are releasing a lyric video for the fans to learn and sing along especially for those who have been gravitating to the melody but do not speak English or Jamaican patois’, the producer added.

Both Rayvon and Red Fox have been doing the promotional rounds to support the track.

Rayvon tasted solo success in the mid 1990’s when he rode the Billboard charts with the single No Guns, No Murder. He also charted on Billboard with My Bad, 2 Way and Pretty (Before I Go to Bed).

Born Bruce Brewster in Barbados, he teamed with Shaggy in the early 1990’s and scored the regional dancehall hit Big Up

Virgin Records released his debut opus Hear My Cry in 1997.

He scored other hits including Angel, Nice and Lovely and In the Summertime, all done in tandem with Shaggy.

Red Fox whose real name is Gareth Shelton migrated to the United States in 1986. Raised in Brooklyn, New York he started his professional career recording for Peter McKenzie a veteran dancehall producer and owner of an independent label called FM Force. It only took a few months for the Fox to make his mark in the dancehall releasing songs like "Come Boogie Down" in 1988 and one of his signature tunes “Down in Jamaica” in 1989.

In 1993 he signed with major label Elektra Records making him the first dancehall artiste based in New York to get a record deal with a major label.

His debut album As a Matter of Fox helped to bridge the gap with Dancehall and Hip Hop featuring such tracks as "Dem a Murderer,", "I'm Gonna Take You Home," the gospel sound of "Ghetto Gospel," and the dance track "Golden Axe."

He then followed up with Face the Fox on VP Records.  In 2005 Alicia Keys and Red Fox reggae remix duet of "If I Ain't Got You" peaked at number four on the NY Reggae Singles Charts.