By TJJ Admin
Published on 16-Jan-13
Roy Cape All Stars has a new face and she comes in a pint sized package but packs an impressive punch.  Darnella "Nella" Simmons is the voice behind the ... 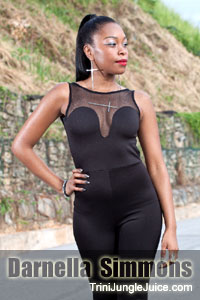 Roy Cape All Stars has a new face and she comes in a pint sized package but packs an impressive punch. Darnella "Nella" Simmons is the voice behind the soca 2013 single "Level Jamming".

Born Nov 8, 1983 in the United States to Trinidadian parents and being surrounded by her parents' culture, Darnella grew up  wanting to do something in entertainment.  Listening to her idols Whitney Houston, Bob Marley, Shadow, Superblue, and Calypso Rose encouraged Darnella to pursue singing.

Darnella' first music encounter as an artist came when she did background vocals for a local Brooklyn artist. The exposure gave her the drive and hunger to aspire for more.  She went on to join the Brooklyn band "Cloud 9" where she worked with producer Brent Toussaint who produced her first track "Work Me" and  "Cyah Done". Wanting to grow musically and to pursue a solo career, Darnella parted ways with "Cloud 9" after 3yrs.

On the journey of a solo career, she met song writer and producer GBM who composed "Mr DJ", "No Waiting" on the Ramajay Riddim with Machel Montano and "Hardis Jam" to add to her growing catalog.  With this momentum Darnella didn't stop there, as her passion was to be in a top band from Trinidad .  She landed an audition for Roy Cape All Stars just before the carnival 2012 season and got the spot. With very little time before the official season kicked off, Darnella had to fall in place, and show the band as well as the world what she was made of. 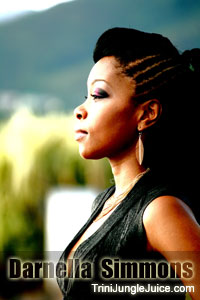 The dream was finally realized, after all the hard work and diligence. Darnella finally got the chance to show the world that not only is she a pretty face and a nice smile, but that she can also belt out vocals and keep a crowd going.  The sometimes quiet and shy entertainer is a performer who can hold her own. Very humbled and honored to be where she is at the moment, Darnella is appreciative for the opportunity to work alongside Roy Cape All Stars as well as all the other artists she admires and have loved over the years.  Making Trinidad her new home, she is now working with great producers and song writers even though the carnival 2013 season is in full swing preparing for the next year.