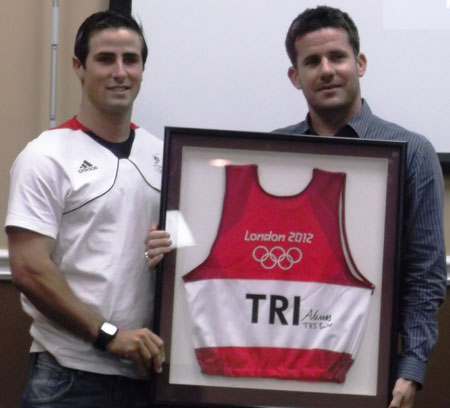 Trinidad and Tobago Olympic Sailor Andrew Lewis begins his 2013 competitive season at the International Sailing Federation (ISAF) Sailing World Cup this month in Florida. The regattas begin on 26th January and run until 2nd February 2013 in the waters of Biscayne Bay, Miami. This is Lewis’ first competitive event since his performance at the London 2012 Olympic Games last July. Over 40 countries and 300 sailors will participate in the Sailing World Cup. Andrew left Trinidad on 12th January and has been training in Miami for the past 2 weeks.

Commenting on the competition, Lewis said, “I’m so eager to get back to racing. The ISAF events are important for me to increase my world ranking. These competitions allow me to gauge where I am compared to the other competitors. Last year, I came 21st out of 74 competitors. I intend to improve on that placing. I have renewed motivation after London and I am ready to excel”.

Andrew Lewis was the first sailor to represent Trinidad and Tobago at the Olympic Games in the Laser class. He is also the 2012 Spirit of Sport Award in Community Coach category for his work with young sailors across the country.