By Sidney aka Scorn Juice
Published on 02-Feb-13
You don’t have to be as honest as the pope to concede there’s something deliciously bonkers about the fact that Misty Ridge has lost something in their event! Why has this happened? Once what has been a splendid event from what I have heard and this being ...
>> View Misty Ridge 2013 Gallery
>> View Trinidad & Tobago Carnival 2013 Coverage 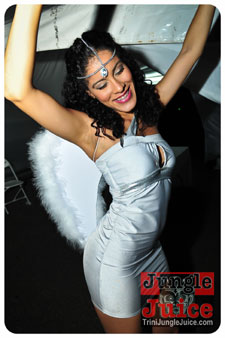 You don’t have to be as honest as the pope to concede there’s something deliciously bonkers about the fact that Misty Ridge has lost something in their event! Why has this happened? Once what has been a splendid event from what I have heard and this being my fourth installment out of a possible nine (9), I myself have to admit Misty Ridge has lost its Mojo!

With a seductive, intimate, remarkably decorated and quiet venue as the Golf Course, with ample space to walk around, socialise, eat, drink and dance, one would think possibly, well its not the Ranch and it is not the Country Club so we think why not, WHAT could go wrong? An intimate and spacious venue is always a plus but we are not sure that they learned from the mistake of Country Club! Food for thought! 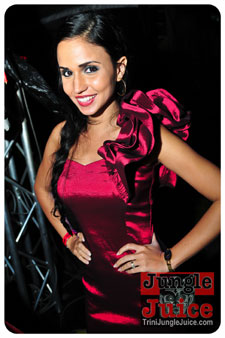 The food stalls and the bars were amazing at Misty Ridge 2013. Amazing I say. Patrons definitely ate food. Patrons definitely drank copious amounts of alcohol. If you had to weigh the price of the ticket into food and drink - you can somewhat get some of your ticket back from just eating and drinking alone. Accompanied by the fact that maybe there was not such a huge turnout at Misty Ridge or maybe there was ample bar and food staff, we would think it was the latter, but the service at Misty Ridge 2013 did not disappoint. One exception, were the security guards ... I know intelligence may not be a requirement ... but a screening process needs to be initiated maybe - entering a party can make or break a patrons enjoyment! 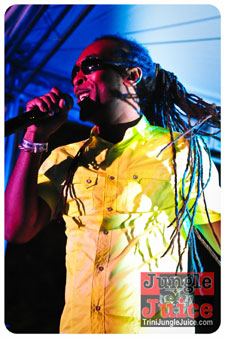 With the stage elevated enough for a performance, on comes Farmer Nappy using a majority of his songs in his big bag of lyrical conjectures an injection of vibe definitely was injected into the event. Patrons bunched around the stage and partook in gyration of waistlines. Superbly a night to meet new people and have a good night singing the awesome tunes of 2013. His hit for the year "Stranger" uncontrollably has power over strangers and incredibly makes a superb ice breaker!

Other than that ... speechless maybe the way to go about this event. Sometimes if you do not have anything extremely positive to say it is best to say nothing ...

Verdict:
Arrive late and you’ll still have an okay night ...