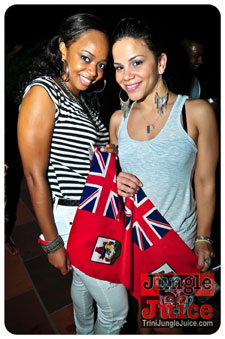 Luckily for everyone, there aren't many points of comparison between Fall Out 2013 and any other all inclusive at Carnival 2013. Maybe compare it via venue? Not worth it! But Ian Liverpool's epic and most other promoters' epic fail do share something: scenes where you truly feel the love among food, alcohol and soca! Of course, Liverpool's are more or less extreme and with the blessings of God's tears amongst the melee, Fall Out 2013 delivered with energy, action and pace!

The first virtue you associate with Fall Out is the fact, its an all inclusive! For the past four (4) years, this has been a corner stone of success at this event. The menu always ranges from a small but exciting variety of local cuisines and something tastefully absurd ... I cannot even remember what the absurdity was this year but it was extremely delicious ... I had seven (7) of them! So for people who did not get any ... I am terribly sorry. I know you were possibly stuck in endless traffic to reach the venue but I am sorry ... Really Am! 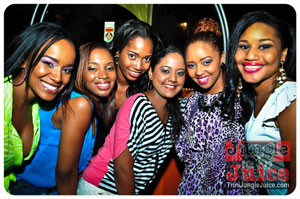 Now as I touch on the traffic situation, we know it caused drama and impatience however, it was very well received by Mr. Liverpool, who instinctively and comfortably informed the patrons during the event .... "Hello everyone, my name is Ian Liverpool, and I know many of you had trouble with the traffic to come here and I am sorry. As a result, the party will now be finishing at 2:00 AM. Please enjoy yourselves." Well yes ... that alone should deserve its own category in an event rating and it should be called BRILLIANCE!

La Soledad estate just as last year presented itself with a wonderful and encouraging venue for patrons to enjoy their night/morning! The high rise, the flat surfaces and the mini grass hill all presented locations for exhilarating actions by people! One oddity of this event was the choice to put the food at the top of the stairs. Few patrons mentioned that this was a bit odd - yes it would be splendid for the early birds who are sober and for who remain sober during an event to walk up those stairs to have a wetting of their taste buds but we think as well, not really a good choice for the food location! 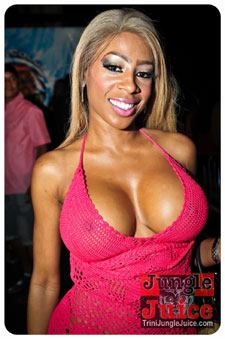 The bars are Fall Out will always remain a match winning point! Without fail! It is what people pay for mostly! I am paying "X" amount of dollars - I want my money's worth! Liverpool, has known this fact and he makes sure he delivers! With a numerous number of unique bars and the main bar being stocked highly to the max that it can be; we can say safely people got what they paid for! Its a fact! I believe that if EVER this part of the Fall Out Equation fails or change from being a constant to a variable that Fall out will fail! So Ian, keep it up! 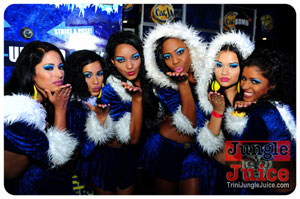 The final part of the Fall Out equation is the variable vibe! Ian has lined up some of the most first class DJs in the music business and they have for the last four (4) years without any doubt has delivered on his expectations of playing music that will have patrons living in euphoria land for how many ever hours of being at the event! The multiplier of the variable was the epic fact that Bunji Garlin performed at Fall Out! Barring the fact that the speakers were ridiculously loud at this event, almost deafening, Bunji's performance at Fall Out was larger than life. I am hugely convinced that his solo performance has incredibly, intelligently and intensely improved! Bunji, we rate you! We always did! Since the days of the love for green and "Sending The Riddim Crazy" ...

Ian ... sign of a good night ... the shuttle ride out of the venue - a particular winer girl in the maxi, made it her point to gyrate on everybody sitting in the maxi ensuring that her bath suit affair was noticed - not only was she more than welcomed but it was highly entertaining! Can we call this #FallOutEffect .... ?

Verdict:
A smart, stirring spectacle that faces down impossible expectations to pull off a hugely satisfying end to a yearly wait! Boy, you were in for a show tonight ... PS. Big Up The Shower Cap Crew!