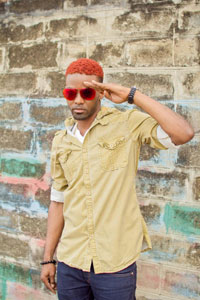 New York, NY (February 26, 2013). Coming off the heels of a successful 2012, Dancehall superstar Konshens is set to make 2013 even more successful, as he teams up with international rapper and producer Lil Jon on ''Big and Sexy Remix''.

The track, produced by Mark ''Mark Hize'' Collinder and Garfield ''Konshens'' Spence for Subkonshus Music, has an uptempo vibe that compliments Lil Jon's energetic hip hop style. Upon his return from a Sold Out show in New York, Konshens stated "I will not comment on the track, just stay tune and listen out for it and big up Lil Jon for being apart of this project."

Lil Jon, known for producing many hits such as 'YEAH' by Usher and 'Get low' Remix featuring Elephant Man and Busta Rhymes among others, has always been a supporter and lover of the Jamaican culture. He was ecstatic about the project and is looking forward to its release.

Recently, Konshens has been booked on the Metro PCS Hot 97  Five Borough tour in New York. The tour includes international superstars Alicia Keys, T.I, French Montana, Kendrick Lamar and Miguel, another superstar who Konshens did a remix with late last year for his track 'Adorn You'; dancehall superstar Mavado is the only other dancehall act on the tour.

Konshens has just returned to Jamaica from Sold Out shows in Virginia and New York this past weekend. While back on the island he gears up for his live band performance this Saturday on the 9 Mile Reggae Festival, in Miami Fl.,  alongside some of Reggae and Dancehall greats.