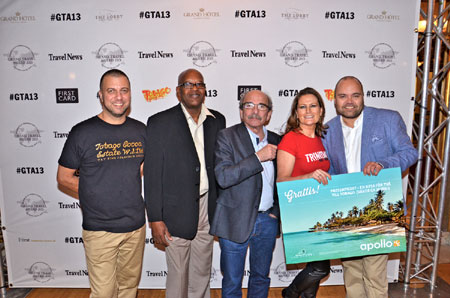 SCARBOROUGH, Tobago (February 27, 2013) – Scandinavian travelers now have easier access to Tobago with the introduction of a charter service from several Scandinavian cities directly to the A. N. R. Robinson International Airport. The service was officially launched at the Grand Travel Awards in Stockholm on February 13, 2013 and it will run for three winter seasons starting December 2013.

This new airlift is the result of months of negotiations between the Division of Tourism and Transportation and Kuoni/Apollo, a Scandinavian-based tour operator.

The charter will operate weekly out of Stockholm and every second week from Copenhagen, with connecting flights in both Norway and Finland. The airline carrier, Novair, will use an A-330 aircraft, offering the comfort of 24 business class and 261 economy seats.

It has been reported that since the service commenced bookings on February 14 and on February 21 in Sweden and Denmark respectively, 160 seats were reserved after the first week. Aided by €300,000 in airlift support, as well as €100,000 in marketing support from the Tobago House of Assembly, it is being heavily promoted by Kuoni/Apollo.

The Scandinavian market is the third largest outbound travel market in Europe and it currently accounts for 5 percent of Tobago’s international arrivals. It is anticipated that tourist arrivals from this region will increase by approximately 25 percent.