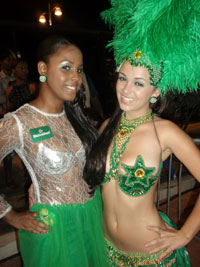 Phillipsburg, St.Maarten (Sonique Solutions) – The sounds of Reggae, Soca, Zouk, House and Soul music filled the air on the isle of St. Maarten during the 33rd Heineken Regatta;  an event which is highly recognized for its magnificent stage shows and untouchable after parties as it is for its sailing action.

The entertainment card for these regatta mega-concerts featured some of St. Maarten’s and the Caribbean’s most dynamic performers and was headlined by the incomparable Motown group ‘The Commodores’. The seasoned musicians and vocalists who are famous for hit songs “Night Shift” and “Slippery When Wet” brought down the house at Kim Sha Beach in Simpson Bay for the grand finale of the Regatta.

Much to the St. Maarten audience’s delight, the group performed such classics as “Brick House”, “Easy”, “Three Times A Lady” and “Sail On” displaying true energetic ‘old school’ flair to an audience of all ages and backgrounds.

Stealing the show on the French Side of the island was dynamic St. Maarten band Youth Waves which gave the crowd in Marigot a mixed set comprising of all musical genres. The Youth Waves band shared the stage with Trinidadian Soca Queen Destra Garcia who thrilled her fans with her hits “Bonnie and Clyde”, “Call My Name”, “It’s Carnival” and “Fly”. 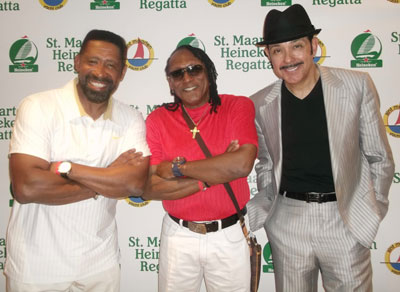 Throughout the years the St. Maarten Heineken Regatta has featured top regional and international music acts such as Shaggy, Wyclef Jean, The Black Eyed Peas and the Marley Brothers. After this year’s successful events the promoters and organizers are already in the planning stages for a high-powered 34th edition.