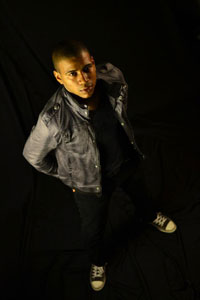 Local pop fusion band, Tenzin is gearing up for their concert performance on Thursday 30th May, 2013 at Stumblin Bar, Ariapita Avenue, Port of Spain. The event entitled ‘Initiation’ kicks off at 10pm and would feature over an hour of musical selections, inclusive of both covers and original compositions. This event is among a series of performances to be held at various locations throughout Trinidad.

This dynamic musical band has already made an appearance at Toppers Sports Bar and Grill last week Thursday to a very receptive audience. They would also be performing along with the Musical Arts Appreciation Group at their “One Love Concert” in late June. Their final booked performance would be at “Greenality”, an independent event hosted at the Arthur Lok Jack Graduate School of Business to sensitise the public on environmental products and services on August 17th.

“Our passion for music is relentless,” said manager and lead guitarist Tsarrio Millard of the band Tenzin. “Our aim this year is to promote our music through these booked performances. We encourage everyone to come out and take a listen to our eclectic melody,” stated Millard. With a refreshing island style Tenzin is especially known for their fusion of both pop and reggae music.

The band which features the dynamic vocals of Kayode Salina, has worked on the Disney’s Broadway Classic “The Lion King” and has had a lot of experience working with several international artistes. Be there at Stumblin this Thursday to experience the pop fusion mix of Tenzin!

To find out more about the band Tenzin and their style of music you can find them on Facebook. For media enquiries and bookings, please email rockstarttprs@gmail.com