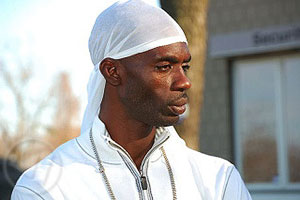 Patrons attending the Jamaica VS Mexico World Cup qualifying football match at the National Stadium on Tuesday Night we treated to a very exciting performance from dancehall legend Ninja Man.

The self styled Don Gorgon took the stage during half time after IOctane’s performance and in true Ninja Man style he delivered a few old favorites from his catalogue of hits which got the crowd in a frenzy.

He was quickly joined on stage by his Downsound stable mate Specialist to perform their controversial hit song Dweet to huge forwards from the massive crown inside the stadium.

After that Ninja Man summoned another stable mate on stage, this time it was Nature who performed Revolution and World Peace, he was well received.

Next up was Harry Toddler who much to the delight of the huge crowd taunted the Mexicans with songs such as Don’t Run Een and Nuh Want nuh Fren From Them.

Ninja Man Says he feels very good about the response he got from the crowd.

“Although the Reggae Boys never win mi feel good sey the people them enjoy the half time show, the response from them was overwhelming. I s a nice feeling to perform for such a big crowd and really mek dem enjoy them self all all the artistes that performed delivered good performances,” said Ninja Man.