Beenie Man Gets Up Close & Personal This Summer 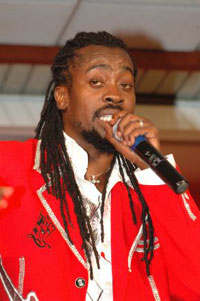 KINGSTON, JAMAICA | JUNE 19, 2013 | Whether it’s jetting off to Europe for tours or closing stadium concerts across the globe, international Grammy Award winning entertainer Beenie Man continues to be one of the most sort after acts to emerge on the local music scene over the past two decades, despite spending nominal time in his homeland.

However, come this summer fans in Jamaica will get an opportunity to get up close and personal with the Dancehall Doctor when he graces the stage at ‘Up Close & Personal with Beenie Man & Friends’ on Wednesday, June 26th at 15 West Kings House Road (across from Truck Stop).

The Liquid Herbal Nitro energy drink sponsored event will also play host to the launch of his new mixtape titled ‘LOUD’ for which the first 200 lucky patrons will receive a copy.

According to event promoters Jamus and VGM Entertainment, “Beenie Man is one of the best performers in the business presently and fans have been yearning for an event of this nature, so we are going give them what they want. We also have a something special for the ladies who will be offered a 2 for 1 deal before 7pm.” In closing the promoters urged patrons to come out early to avoid the rush as they expect a full house.

With an expansive catalogue and current hits such as Hottest Man Alive, Dweet Again and Step Up Inna Life, Beenie Man is expected to ignite the audience with his vocal ability, outstanding stage performance and superstar zeal. 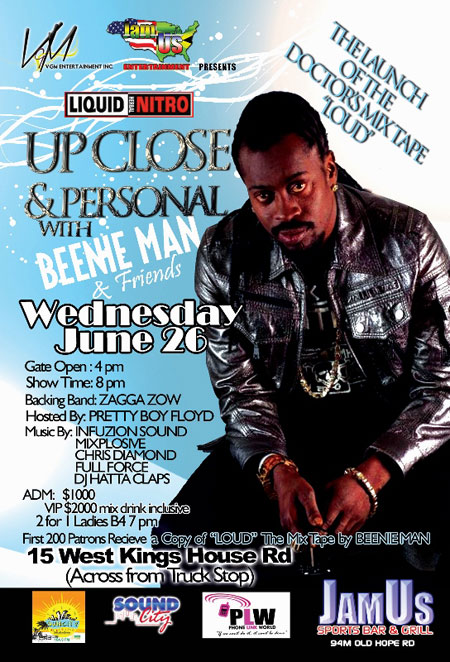