By TJJ Admin
Published on 17-May-13
We have looked at the reports emerging from a fellow media house, the Trinidad Guardian over the past two days, with respect to advertising on the WIN Network from Caribbean Airlines, focusing in particular on Mr. Mohan Jaikaran, Chairman of WIN and ...

We have looked at the reports emerging from a fellow media house, the Trinidad Guardian over the past two days, with respect to advertising on the WIN Network from Caribbean Airlines, focusing in particular on Mr. Mohan Jaikaran, Chairman of WIN and Vice-Chair of CAL.

Sadly, this was not done, instead the reports continued to give the impression that WIN has benefited in some amazingly unfair way from advertising from CAL. 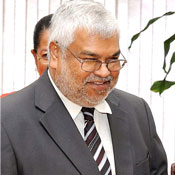 Since it appears that this side of the story will remain untold, and since it seems much more sensational to insinuate evil intentions toward the Chairman of WINTV, we would just like to set a few things straight.

All applications for sponsorship were made to the Ag. CEO Mr. Robert Corbie, or to Ross Advertising Agency. They were either approved or rejected by the Ag. CEO, the CAL Communications Department or Ross. Indeed several events were rejected because they did not meet the requirements of CAL. Many of the events outlined by the Guardian took place in North America, a market that CAL needs to access, and one that WIN is already established in. It was a natural fit for the airline.

The report spoke of advertising spends of TT$200,000 over a one year period, and just over TT$250,000 from 2011. What was never revealed was what is the advertising spend in the other media for the same period?

According to documents obtained by WINTV, over that same period in question, between 2011 and now, when WIN was said to have received TT$200,000 in sponsorship, Guardian Group Media, of which the same Guardian is a member, received $4.36 million dollars in advertising from CAL. The Guardian alone received some $1.6 million dollars while CNC3 TV received over $2 million.

CL Communications (IETV is part of that group) also received around 250,000.

Indeed, according to the figures, and thanks to the Guardian report, it shows that WINTV has actually been the worse treated, and the TV station that receives the least advertising from CAL even to this day. Indeed, the figure works out to less than TT$9,000 per month over the period in question.

The article also sought to give the impression that CAL sponsorship of events are free.

That is furthest from the truth. CAL received extensive advertising and promotions for all the events it has partnered with WIN. Indeed CAL would have benefitted from over $2 million in promotions for WIN as a sponsor of its events, not just in Trinidad and Tobago, but in North America, where WINTV has a huge viewing audience because of its Indian-niched programming.

Indeed, as the only full Indian Network, WIN has received a tiny percentage of overall sponsorship from CAL.

It talks of Mr. Chandresh Sharma being the line Minister, when it’s actually Mr. Larry Howai, with Mr. Vasant Bharat as Corporation Sole. Why was this not checked, if they could get such simple facts WRONG, what else did they get wrong in that article?

It is curious that now that the National Airline has supported WIN in Indian-niched events such as the broadcast of Divali Nagar and Chutney in the Park and the Mothers’ Day show, that such a damaging report with only half the truth has been published.

We trust you will give this release equal attention.