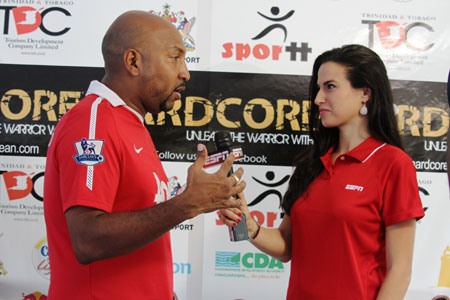 More than 2500 participants braved the elements and the military-style obstacles at the Hard Core 2013 endurance event. The course was physically and mentally demanding and required considerable endurance. This type fun physical endurance event is tremendously popular in North America and Trinidad & Tobago is  one of the first English-speaking Caribbean nation to introduce the concept to our sport-loving population.

According to Minister Roberts, “with the world coming to this hemisphere, to Brazil for the World Cup in 2014 and the Olympics in 2016, Trinidad and Tobago is seeking to capitalise on the increased traffic and revenue to be derived. I want this country – melting pot of cultures as it is – to be the sporting nexus between Brazil, North America and Europe.”