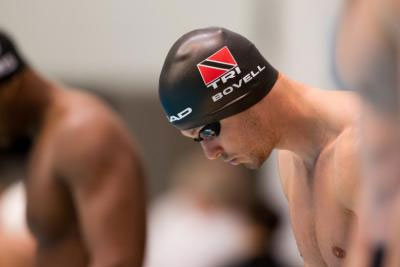 Reacting to the accomplishment by his charge, the Honourable Anil Roberts, Minister of Sport speaking from the World Championships in Barcelona SPAIN said “This is a proud moment for George, his family and Trinidad and Tobago. He continues to fly the national colours and is an inspiration to young athletes, especially swimmers, here at home and throughout the region.

Chairman of the Sports Company Sebastien Paddington, himself a former Olympic Swimmer, noted that George has always pushed for excellence throughout his entire swimming career. “George trains quietly and consistently and is able to maintain his focus and discipline even out of season. George is a true professional who has a passion for his sport and his country, he is always driven and this is what has allowed him to be an international contender in the sport for well over a decade.”

Bovell is expected to return home in two weeks after the World Championships and other racing commitments.