Another Major deal for Bunji Garlin, this time it's for Europe 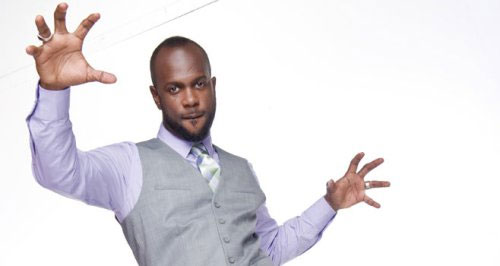 Once again Bunji Garlin has secured new avenues to showcase his talent internationally. Coming on the heels of the VP Records Signing we are proud to announce that Bunji Garlin is now also signed to the French Independent Label Playon whose major shareholder is Warner Music for all of Europe excluding the United Kingdom.

With the culture of sound being diametrically different between the US and Europe, the alignment strategy here is to have a different label service each territory. Playon for Europe and VP Records for the rest of the world. Differentology will be the initial release with a follow up Album and other single releases.

Playon’s co founder Sebastien Duclos had this to say “I’m Sebastien Duclos cofounder of the French independent label Playon. We are extremely proud to announce the signing for Europe of the famous Trinidadian artist Bunji for Europe besides the U.K. This is a huge priority for us and we have great expectancies for the end of 2013 and 2014. Music is about passion, and we are truly passionate about Bunji’s music and extremely optimistic about our ability to touch a broad audience in the territories we handle.”

Ian Pantin & Jean Michel Gibert a music consultant spearheaded the team responsible for arranging the signing with Playon. Just a few words on Playon: Playon was founded in 2006 and has become in just a few years one of the leading French independent labels, for three consecutive years its market share is amongst the highest of all labels (in albums sales, and media visibility: TV/radio/clubs). Playon has activities in music production, publishing, touring, and DVD editors.