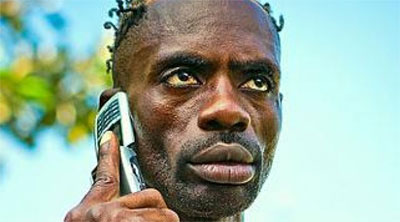 The self style Don Gorgon of Dancehall music recently topped the Jamaica Music Countdown Dancehall Top 25 Singles Chart with his hit single titled Dweet ft. Specialist. The song which was released in March by Downsound Records has been on the charts for a total of 19 weeks.

Since its release Dweet has made its way on to a number of other local charts.

Ninja Man who is currently promoting a hot new single called Jamaica Town is extremely pleased about the success of Dweet.

“I am happy and appreciative for all the support that the fans and everyone in the industry are giving me. Its a nice feeling to know that I can still top the charts after being in the business for over 20 years. I have to big up Specialist too, he's a very talented youth and I am happy that the two of us could collaborate and make this hit song,” said Ninja Man.

The supporting music video for Dweet has also enjoyed much success. The video which was directed Mr. B, recently topped the Hit List Dancehall Chart on CVM TV for several weeks.

Ninja Man also has another song inside the top ten of Jamaica Music Countdown Top 25 Dancehall Singles Chart. His biographical single aptly titled Ninja Mi Ninja is currently sitting in the number 8 spot on the chart.