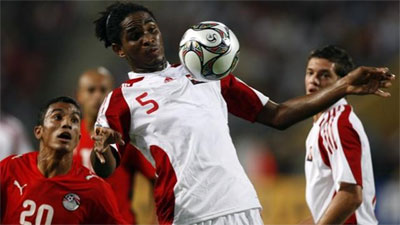 The Honourable Anil Roberts, Minister of Sport sends his best wishes for the speedy recovery of national footballer Akeem Adams who suffered a massive heart attack on Wednesday at his home in Budapest, Hungary, where he recently signed to play for Ferencvarosi.

Adams, a 22 year old defender and former Naparima College, San Fernando player, underwent emergency surgery and is being closely monitored at a hospital intensive care unit. Minister Roberts said, “It is often hard to comprehend why a young man in his prime would suffer such a major heart attack but I urge his family and friends to keep the faith that he will pull through without too much long-term damage to his body, and that he will recover enough to return to what looked like a very promising career as a footballer. I know the young man will be in the thoughts and prayers of all of Trinidad and Tobago over the next two to three days as we await word of his progress and prognosis.”