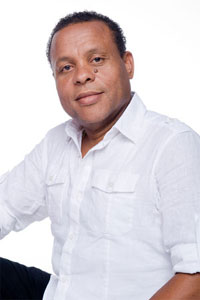 “So I want to make this very clear Bunji Garlin fired me because I had enough of Fay –Ann dropped her from my management, we stopped talking and he felt he had to choose”.

As some of you may know by now, there was a press conference that was held by Bunji Garlin and Fay-Ann at Capital Plaza Port of Spain yesterday, Thursday October 3rd 2013. Where by Fay-Ann made a number of disparaging remarks related to my dismissal and termination of my management contract with Bunji Garlin, whom I have managed for over fifteen years.

And though I have kept silent since my dismissal, her latest attempt to assassinate my character and cause me harm in an industry that I have earned my living for so long and where I will have to continue to do so after all this hullabaloo ends, I thought it best that I say my peace before it’s all to late for me.

You may not know this, but a gentleman named Daryl Braxton and myself founded the band as a marketing strategy to assist in Bunji’s growth as an artist because back then he was not a household name yet. Neither was he in a financial position or had the management acumen to foster his career. Asylum or the then named Censation band, in those early years were simply earning nothing.

So for Fay-Ann to imply that since 1999 I was acting spuriously is simply untruthful and remember as she rightly said, she only joined the band in 2009. As a matter of fact, allot that was said by her at the conference is filled with hot air, lies and half-truths. Two years ago Fay-Ann threw a party in my honor to recognize my hard work and dedication and tireless commitment for getting Asylum to be part of, and one of, the most elite Soca bands worldwide. There were no questions then over my management deeds and now suddenly there are?

Though I would have preferred not to get into a he say she say battle with Fay-Ann its tough not to when she implies questionable accounting, no bank account and non payment to band members from receipt of deposits. I have a personal management agreement with Bunji Garlin; the proceeds from all contracts are held in trust for which he is a signatory to. The band members are always paid for their contractual engagements, on a timely basis “ask them”. Other band expenses are then deducted, I am paid a commission and the rest of monies are handed to him for their care and that’s a very tidy sum. He is submitted monthly, quarterly and seasonal reports or as when requested from time to time.

I wrote Bunji Garlin 2 weeks ago asking him to meet with me so that we could work through a number of outstanding matters including those funds that are held in trust, he replied verbally that he would think about it. I have not heard from him since. The remaining funds in trust does not cover the outstanding debts that are due to the band creditors so there is a net deficit which unfortunately I am once again financing like I have always done in the band’s time of need.

So this brings me to the question that most of you may have and that is why was I fired?  Why does she have this personal vendetta to tarnish my good name and character, which I have had for all of my life in this industry and others.

A few moths ago I quietly dropped Fay-Ann from my management. I did so because she attempted to (1) renegotiate my income downward (2) there was a major difference in philosophy and (3) we had a breakdown in communication. This all suspiciously occurred just as I was successful in negotiating on behalf of Bunji Garlin 2 record label deals internationally, one in Europe and the other for the rest of the world. I would have earned a sizable income for that, not to mention, endorsements and international touring.

Approximately one month ago I received a telephone call from Bunji Garlin asking me to reignite my relationship with Fay-Ann and I declined. He told me there and then in that case, my services were no longer required and that he was terminating my tenure effective immediately. Please note that my management agreement with him ends February 28th 2014. And therefore my termination was premature.

So I want to make this very clear Bunji Garlin fired me because I had enough of Fay –Ann dropped her from my management, we stopped talking and he felt he had to choose.

I received a formal letter of termination a few days later on Sept 10th indicating that as of October 10th my services would no longer be required, but that I must relinquish my duties with immediate effect i.e. stop dealing with all his business matters or other wise. The Jamaica show that she is referring to took place after I was fired.

I want everyone to know that I have always held Bunji Garlin in the highest regard and that I had up and until now nothing but love, respect and admiration for him as an artist and a personal friend. I am godfather to his only child and close to most members of his family.

I know that at the press conference you saw most of the band members, they had already confided in me that they had no choice but to attend, because they were in fear of their jobs. I was told that Fay-Ann indicated that they needed to be present or otherwise they could be faced with disciplinary action. I won't call any names because they all need “ to eat a food”; they all have families to support.

This is a trying time for my family and I and all in the Asylum. I am still holding onto hope, fruitlessly I hope not. I still believe that this matter can be resolved amicably, especially if Fay-Ann who he loves so dearly, were absent from any future conversations we may have.