Tobago's Tourism Appeal To Be Given Major Boost, Starting This Thursday 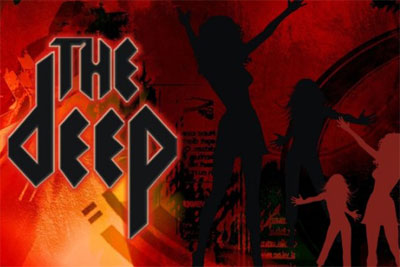 Port-of-Spain, Trinidad. October 29, 2013 -- Quaint and unique. That’s Tobago for you, but come October 31st, things will be shaking up a bit on the smaller of the twin island Republic known world over as Trinidad and Tobago. Eager to demonstrate their yearning to offer visitors and nationals of the island alike, a recreational option that surpasses all other, the management of The Deep nightclub, located at Sandy Point Village, Crown Point, Tobago is hitting the ground hard and heavy from this weekend with three scintillating options they know will attract many.

Tobago has maintained a strong tourism thrust and while statistics have shown a decline in visitor arrivals in some instances, the management at The Deep is of the opinion that this can turn around. “We have to sell something that’s more than just sun, sea, sand and relaxation. Every island in the Caribbean offers that. In our own way, The Deep is going to offer island life served up in doses of weekend enjoyment,” said one rep for the night spot.

Angostura Trinidad, known world wide for its products, especially its aromatic bitters, has already plunged into the idea of offering tourists- both foreign and domestic, a little more excitement. From Thursday night to the wee hours of Sunday morning, Tobago will glow amid the islands of the hemisphere as The Deep presents, Havana Nights on Thursday nights, Angostura’s Harbour Nights and Hard Rum on Fridays and Shipwrecked on Saturday nights. “Our themes are going to revolutionize the entertainment experience on the island,” said the representative, explaining that the aim is to truly deliver that all-round Caribbean thrill to all who enter The Deep nightclub. “We want The Deep to be known as a staple element of any tourist’s stay in Tobago- that place they must experience when they land, and we plan on increasing the awareness with every event that’s hosted,” said the rep.

The Deep will, according to organisers, see the inclusion of some of Trinidad and Tobago’s premiere DJ’s and radio personalities and not to mention, top billing artistes of every genre. “We’ll be offering that carnival vibe that people yearn for as the season approaches and we won’t be leaving out our local reggae artistes either. The Deep will provide a platform for the promotion of T&T’s richest talent and that’s a guarantee,” said the organizer.

This Thursday, the club officially opens its doors at 8pm with Havana Nights- an event that will see Trinidad and Tobago distributor, HADCO live on location, alongside representatives of Angostura Trinidad. Dedicated to those who want to dance and reminisce to songs like, Taxi, Sweat, Tease Me, and even Lambada, things will kick off in a big way. Special prizes and not to mention complimentary wine, cheese and chocolate are all on the agenda for Thursday night so with a strong contingent of Trinidadians expected to hop over to Tobago for the holiday weekend, The Deep is being touted as the ideal nightspot to get the weekend started right.