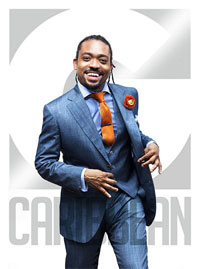 A Grammy award is considered to be one of, if not the highest accolade that can be achieved by a musician. For many, it may seem to be just another piece of hardware but its value lies in who bestows this prestigious honour on the musically gifted among us. According to Grammy.org, after submissions are made, nominations and then final votes are cast by the members of the organization itself. The membership of this association though, is comprised of musicians, producers, engineers, and other top music professionals. In other words earning a Grammy means that your professional peers have analysed your work and shown their appreciation and respect for it in the most tangible of ways. It is therefore no wonder so many are reduced to tears upon accepting such an award.

Unknown to the greater public is the fact that within Trinidad and Tobago’s musical landscape reside a few members of the Grammy fraternity. Included on this list are familiar names like Martin ‘Mice’ Raymond, a very talented producer and sound engineer, and our current Soca Monarch, Machel Montano. They, along with a few others have taken that substantial step forward in having our music placed on the world stage. With the ability to submit, nominate, and vote for winners they have embraced the power to do their part in ensuring one day Soca will be a recognised category.

Ushering in another stride toward such achievement has been the nomination of Machel Montano in multiple categories in both 2012 and 2013.

On the first-round ballot in 2012 was the “Vybes Cyah Done” video in the Best Video Category alongside the Double M album in the World Music Category.

This year, the album Machelements was recognised again in the World Music Category, while the videos for “Possessed” and “Represent” were nominated in the Best Short-Form Video Category. The feat of being able to attain a reputable position among musical giants on the first-round of ballots is not one that came easily, nor should it be underestimated.

Currently, voting among Grammy members for the 56th Annual Grammy Awards is taking place to determine the final short-list of nominees for 2013. Those results will be made public on December 6th.

A stronger contingent of members within the academy would surely push our music and its artists to the forefront of the nomination list. However, even though we are yet to become Grammy contenders it is clear that we are knocking on the door and letting our voices be heard.