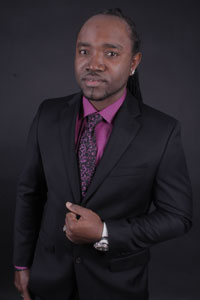 Port-of-Spain, Trinidad. November 12, 2013 -- He’s a man who, as simple as he may seem in his approach to his career in entertainment, has managed to play the right cards and win. Roger Joseph is a make it happen kind of guy so when his song ‘Pipe’ spread like wildfire during Trinidad and Tobago’s carnival 2009 celebration, prompting even soca’s Denise Belfon to get in on the success by remixing it, it didn’t happen by guess.

The Trinidad and Tobago native who is also a host on Caribbean entertainment network, TEMPO, is about to cause quite a stir with the release of a brand new album. It’s not quite what some would expect from the entertainer who goes by the name Patch when he hits stages across the Caribbean and internationally, but then again, it’s all part and parcel of his winning approach. Having already settled on the name Reinvention, for the album title, Patch is guaranteeing fans of his music, twelve strong singles that’ll leave them pumped. “These songs will show just how much of a versatile act I am,” said the artiste who spends most of his time in New York. Presently being mixed and mastered by Michael Vidal and Samuel Jack, the songs were written by Vidal, Joseph and the Ghost Writers team.

With two singles from the album already released, Patch is excited for the season ahead. “Melda and On The Tip have already gone out to DJs. We have another one set for release on November 14, so get ready for that,” he warned.

Adored by many for his ability to bring wit and excitement to any feting arena, Patch says he aims at keeping the rest of the entertainment fraternity in T&T, on its toes. “We all have to challenge each other. That’s the only way we’re gonna see growth. Artistes like Machel, Bunji, Fay-Ann, Iwer and the other big names, have proven that they are forces to be reckoned. There’s room for everybody but we all have to prove that we are worth a second glance. I never forget that,” he said.

With a pretty long Carnival season ahead, Patch will be coming home to Trinidad soon. Hard at work on music and of course, his television duties, the entertainer never forgets his people back at home base. “Trinidad and Tobago is my heart. Like many people back home, I live for the thrill of Carnival so when we start nearing that exciting time, my heart starts racing. The music that’s coming will show just how much I love Trini carnival- just how much I love my country,” he said.