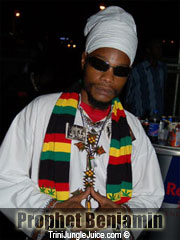 Port of Spain, 13th November, 2013 – Carnival 2014 will see soca and reggae artistes Prophet Benjamin and Orlando Octave under new management. Just in time for the long season, Charles Olivier of Charlo Music, has added these two power houses to his team.

Famously known for his 2012 mega-hit “Throw Wine” and 2013 “Lookani”, Prophet Benjamin is already anticipating another successful year with a couple mega-hits. He has already released his first 2014 offering “No Profit” which speaks to his growing demand to perform in parties.

For 2014 fans will experience a new side to “D Original Rude Boy” Orlando Octave who has already released two songs for Carnival 2014, “Out Ah Control” and “Trinidad”. Adored by the ladies for his sultry and sometimes rude lyrics, Orlando promises to release a couple tracks that have a more positive outlook. 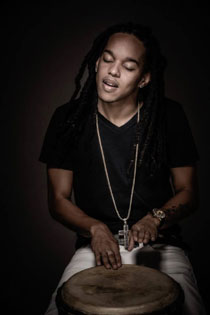 “My fans will get to learn another side of me and my music for 2014. The plan is to get more creative and bring a different sound to the music that the fans will all love and enjoy” says Orlando. “The season is long and I’m hard at work in and out of the studio. That’s how success is guaranteed.”