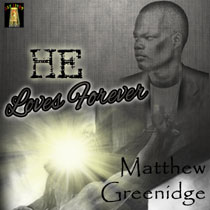 For Matthew Greenidge, a rising reggae artist from Trinidad, the music is a mission, not a competition. Invoking the spiritual foundation of reggae, Greenidge's new album “Jah Rules Over All” (Jah Light Records) delivers contagious, positive messages in the spirit of modern roots. Indeed, an organic mix of contemporary riddims and live arrangements across the album's twelve tracks build a strong and unique narrative of encouragement, resilience and hope as told through Greenidge's singjay sensibility.

Fellow Trini reggae vocalists, including international recording star Queen Omega, Gyasi and King Solomon, add depth and breadth to this special project, a milestone in the history of Trinidadian reggae. Featuring production input from Trinidad and abroad such as Jahlight Records (Trinidad), One Harmony Records (UK), Flow Production (Switzerland) and Studio 53 (Trinidad), Jah Rules Over All puts everyday social commentary in a real world context, regardless of color or class.

"I really learned how to exist with purpose through reggae music," says Greenidge. Jah Rules Over All effectively shares that purpose with the world. The album will release November 5, 2013 in CD and digital formats which will be handled by IDC and BFM, respectively.

Soothing, uplifting harmonies on the first track out of the gate, "He Loves Forever", (also the first single off the album) are supported by strong messages against consumerism and the isms and schisms of everyday life. Revolutionary in its laser focus, Greenidge bears witness to the power of Jah on "Still Got To Give Praise" ("even after all these trials still gotta give praise").

Indeed, although "Life Is Not Easy", an easy going reggae beat and a seamless singjay flow from guest artist, Gyasi, does lighten the burden. Here, Gyasi is always one step ahead which pairs nicely with Greenidge's wary counteraction. Changing up the speed, "Your Love" takes hold of a bubbly riddim with chunky organ riffs leading the way. The foundation vibe has a light-hearted outcome--a love at first sight romace in which boy meets girl - boy likes girl - boy makes really catchy reggae love song to make sure she knows.

Greenidge is serious about the music however and "Papa Stop Drink" is a stark reminder of its power which is also experienced on the next track, "Sweet Lady", a reggae ballad imbued with enough energy and power to sweep her off her feet. “Some modern reggae singers will draw on dancehall in a slick, overtly high-tech way, but on Jah Rules Over All, Matthew Greenidge demonstrates that a reggae singer can make extensive use of dancehall while remaining quite faithful to the spirit of classic roots reggae.” – Alex Henderson "Jah Rules Over All", the title track, boasts a combination of Greenidge deejaying on the verses and singing a melodic chorus where the refrain, "Trust in Jah if you really want to be free", rings true every time.

Spiritual to the core, "Never Forget My King" is an opportunity for Greenidge to explain his role as an instrument of Jah while guest artist King Solomon offers up a perfect compliment in a plaintive meditation. One of Trinidad's most highly regarded conscious reggae singers, Queen Omega, provides perfect harmonies on eight tracks comes boldly forward on "Babylon Deception". The rockers riddim features a signature piano and lead guitar playfully straying from the driving beat resulting in a dynamic soundscape.

Omega takes over with a singjay's grittiness softened by cool and deadly reality lyrics. Even revolutionaries have to let loose sometime and on "Dance With You" Matthew Greenidge plays with the listener in a way that invokes the spirit reggae's great love songs. "Never Drift Away" picks up the pace on a roots rock reggae and Greenidge deftly makes opposites attract as he switches between gruff vocals and soothing smoky harmonies. Where there is smoke there is fire and "Them Will Burn" is a fitting conclusion to Greenidge's Jah Rules Over All. Pitting a slowed down tempo against a fast chat style, Greenidge forces the listener to listen keenly to the dominant thoughtful, meditative message.