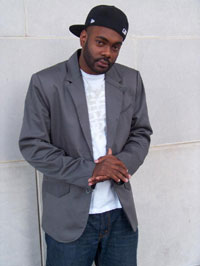 POS, Trinidad (Sonique Solutions) –  The upcoming T&T Carnival 2014 season will be a long and competitive one as several artistes from near and far have already thrown their hats into the ring for Soca supremacy. One such entertainer is South Carolina based Soca artiste, Champeon, who recently released his J’ouvert inspired contribution “Red Devil”.

The Trinidad-born Champeon whose real name is Ronnel Ramirez created “Red Devil” as homage to the traditional Carnival character known as the Jab Jab. The song was written by Champeon and mastered, arranged and produced by hit maker Shawn ‘Da Mastamind’ Noel from Mastamind Productions and showcases the sounds and styles of the indigenous musical art form of Rapso.

According to Champeon, “The inspiration for this track comes from my love for my culture. I remembered as a child hearing and reading about the history of Carnival, so I decided to write a song that could be a powerful theme song for the J’ouvert festivities and portray the Red Devil (Jab Jab) image. I chose the Red Devil because I always viewed this particular devil as being more prominent than the blue and also because the red in T&T’s national flag signifies the vigour of my land and the courage of my people”.

In addition, the creative and motivated entertainer shared that his choice to infuse Rapso into the track is based on his appreciation for the art form and for the contributions of the genre’s artistes. “My intension with this single is to let the world know that Rapso music is still very relevant inside and outside of Trinidad &Tobago”.

He also hinted of his intentions to make a music video for the infectious J’ouvert single, one that would bring out the Michael Jackson ‘Thriller’ appeal of the song for all his fellow passionate J’ouvert thrill-seekers.

Champeon, who aspires to one day work with stalwarts such as The Might Sparrow and Baron as well as modern day icons the likes of Machel Montano, Bunji Garlin and Rupee has consistently maintained an entertainment presence in major North American Caribbean festivals which include The Charleston Carifest, The Charlotte Caribbean Festival and various events in Florida.