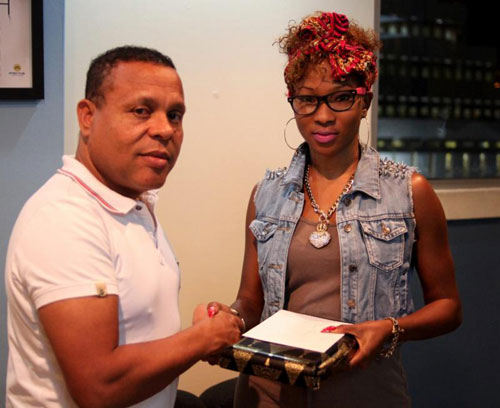 Patrice Roberts the 2006 joint Road March Champion with Machel Montano for song "Band Of The Year" is now under the management of Ian Pantin.

Details of the agreement have not been released, but Patrice commented "I am looking to take my career to the next level, bring more visibility to who I am and my music and I feel that Ian Pantin is the right person to take me there".

Patrice first drew national attention in 2005 with the hit collaboration "The Islands" alongside Bunji Garlin, written by Kernal Roberts and produced by Shawn Noel (Da Ma$tamind), which was used in promotional commercials by the Ministry of Tourism. Ian Pantin commented, "I worked with Patrice in 2005 following discussions I had with Kernel Roberts and William Monroe, it was a pleasure then to assist her for that short period in developing her career."

It's an honor once again to partner with her and build her a brand that will be even more recognized not only in Trinidad but across the region, North and Central America, Europe, Japan, Middle East, Africa and more"