We Ready 2014! Busta Rhymes Teams Up with Bunji Garlin on Differentology Remix 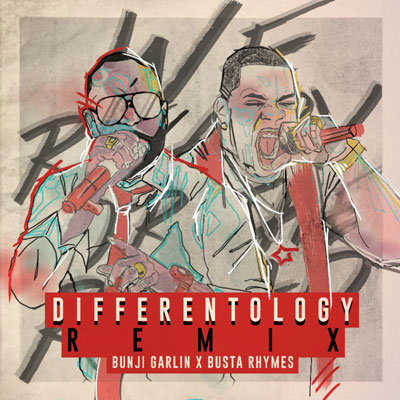 LET THE COUNTDOWN TO 2014 BEGIN

IS READY FOR THE NEW YEAR

1.  Busta Rhymes jumps on the official remix for "Differentology (Ready For The Road)". (Listen)

4.  Performed song with The Roots at annual Okayplayer holiday party

11.  Featured in this season's Grey's Anatomy in the opening sequence of episode 10.

12.  NBA's new favorite arena anthems for the 2013/2014 season. It aired throughout the Barclays Center during Brooklyn Nets games and Air Canada Centre during Toronto Raptors games.

13.  2013's biggest hit throughout the Caribbean Carnival season, scoring over a million YouTube views since February.

14.  DJ supergroup Major Lazer jumped on the remix earlier this year and was the go-to track to open all their live shows.

Bunji Garlin will release his upcoming studio album next year on VP Records. His anticipated release will be his first full-length release on VP Records since 2007’s Global. The Trinidadian artist and international soca royalty is known for his high-energy stage shows, lyrical confidence and eloquence. Garlin is both a composer and performer of soca and ragga soca. The latter is a blend of soca with dancehall music that he made his own during the start of his career in the late ‘90s. He has won the “Ragga Soca Monarch” competition in both 2000 and 2001, the Young King title in 2001, the coveted title of International Soca Monarch in 2002 and then reclaimed this title for three more years.

Purchase Major Lazer remix of “Differentology (Ready For The Road)” on Strictly The Best Vol. 49.
https://itunes.apple.com/us/album/strictly-the-best-vol.-49/id766579979