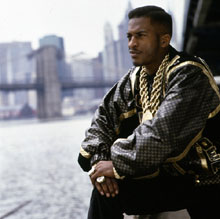 On Thursday February 13, 2014 from 8pm, the First Annual “Aquarians Give Back” event will be held at Toshi’s Living Room in the Flat Iron Hotel in Manhattan. Proceeds from the event will go to Youth at Risk (http://nyyouthatrisk.org), an organization dedicated to transforming the lives of young people in New York City.

“Aquarians Give Back” is the brainchild of Freedom Williams, former front man of iconic group C+C Music Factory. This event will now precede Freedom’s annual “Aquarius” birthday celebration held on February 14, attracting over 1500 revelers at a party location each year including fellow famous Aquarian Ice-T and numerous celebrities.

When Freedom wrote C+C’s hit song “Gonna Make You Sweat,” he was living homeless but not hopeless in New York City.  Since that time, he’s spent many years mentoring young men in his Bedford-Stuyvesant community in Brooklyn and throughout the world. Freedom continues to feed the homeless from the back of his car around the boroughs of New York City, in particular the 20,000 or so who are still teenagers.

The highlight of “Aquarians Give Back” is the first Freedom Williams Aquarius Award for Consciousness and Global Awareness, to be presented to legendary hip-hop artist Rakim (also an Aquarius). Arguably the greatest emcee of all time, Rakim has been quoted by artists from Jay-Z to Eminem and Lil Wayne and is known for his powerful lyricism and enduring positive image.

“This award has been in the making for several years and Rakim is receiving the first of many to be given out,” says Williams. “Nas is dope, Kool G Rap is a legend; Big Daddy Kane and Jay-Z are game changers. But no other emcee has had an influence on the art form and left such a lasting impression on global music like Rakim.”

Youth at Risk (YAR) is a not-for-profit, volunteer driven organization committed to transforming the chaotic lives of young people through persistent and compassionate mentoring. Since 1985, Youth at Risk has committed to changing the lives of disadvantaged youth who exhibit maladaptive behaviors such as truancy, violence, gang membership, physical and verbal violence, and at-risk sexual activity.

For more information on "Aquarians Give Back", please contact Simone "Boss Lady" Amelia at simone@bosslady.tv.