New York, NY (FOX FUSE) - Trinidadian hit-house 1st Klase Records ignites the Carnival 2014 season and Trinidadian music overall, with the release of its brand new "Kaiso Jam Riddim." The first of its kind, instrumental only, soca-meets-EDM fusion single is being released to radio stations and DJs in Trinidad today, February 10, 2014 and will be available worldwide from all major digital retailers on March 24, 2014, from FOX FUSE.

Producer Klase Gonzales, at the helm of 1st Klase Records, feels this unique release - an instrumental-only single - stands on its own merit, without the presence or need of vocals from an artist, as the sheer melody, beats and rhythm are suffice to carry it across platforms and borders. 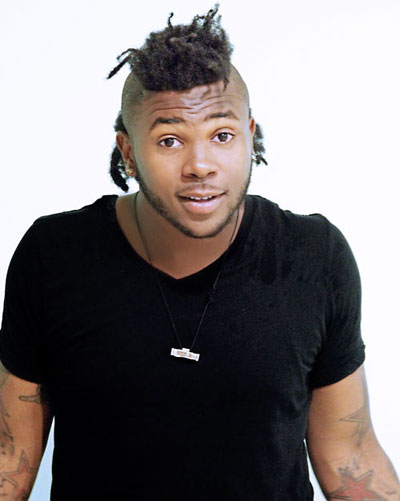 "What we are doing with 'Kaiso Jam' has never been done before in soca music," states Gonzales. "1st Klase Records is always looking to do something different and we love to push the envelope. We've created a new style with this instrumental-only single and this is just the beginning." He reveals the label has many more such releases planned for the rest of the year, beyond the typical soca cycle (Carnival season) and into 2015.

Starting out as a producer about five years ago, Gonzales also added to his repertoire as a dancer in Machel Montano's HD band. Through that, Gonzales toured the world and has truly experienced music on the world stage, while also creating his own label and translating those life experiences into composing his unique brand of soca. He is no longer a dancer, this year being his first year as a full-time music producer, and he has quickly become known for his eclectic, genre-bending productions, as is evident with "Kaiso Jam Riddim."

Gonzales has been steadily building his label and recently signed upcoming producer Taj "FKR" Balthazar, who is still in training. Gonzales sees a lot of potential in the young producer and has taken him under his wing. In fact, Balthazar co-produced "Kaiso Jam Riddim," alongside Gonzales, while it was mixed by 1st Klase and Neel "Fadda" Dwala, and mastered by Martin "Mice" Raymond.

Keep up with 1st Klase Records on Facebook, Twitter.com/1stklase, Instagram.com/1stklase. Please direct all media inquiries to the FOX FUSE Publicity Department at 212-300-3813 or contact@foxfuse.com.