Fete With The Saints 2014 Review 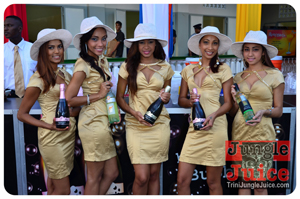 This year my carnival warm up weekend happens to fall on the same weekend as Saints fete. I’m a Saints fete neophyte, but I’ve been hearing about it for many years. Curious to see what my almer mater has to offer, we rolled up in the dance nice and early, or so we thought. One hour into the carded start time the fete was already ram!

Because of the way the school is structured, the fete was split up into three main areas. Entering on the Frederick street side, you are in the first food court. There was a jumbotron so you see the ‘big yard’ where the main action was happening. The parking lot on the Pembroke street side was food court number two, featuring the usual all inclusive fare, and some things I had never seen before, especially not in an all inclusive, like horse meat!

Top marks for décor and ambiance.

Once I was over my initial shock of my basketball rims not being there anymore and the presence of a few new buildings, it was action time. First stop my form 4 classroom, which happened to be a bar today. An hour and a half into the fete and the big yard is already almost full. Roy Cape and Blaxx had the fete bumping. Roy Cape is still one of the bands you can count one to have a tight sound and performance every single time. Blaxx gave a memorable performance too, dropping in a Jay Z "Holy Grail" in the middle of the set, the dance went mad! Kerwin Dubois came out and increased the fever pitched vibe up another notch with his smash 2014 hits, "Too Real", "Forget About It" and the list goes on. Farmer Nappy was the icing on the cake, coming out with Roy Cape even though his own band was scheduled to perform later. He tore down the place with "Big People Party"! Saints fete was indeed a big people party. The widest age range I’ve seen in any carnival fete, with generations of Saints friends and family. Iwer also came out with Roy Cape and gave a very ordinary performance. 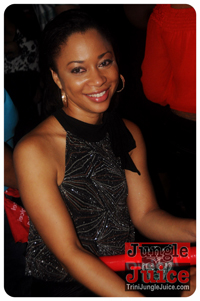 I love the idea of the screen behind the stage showing relevant pics and videos based on the song that the band or the dj is playing. After Roy Cape, Private Ryan kept the vibes real nice as usual.

MMHD came on and did what MMHD does. Fete mash up!!! M1, Patrice and Nappy also joined them on stage. I especially loved the opening with a slowed down version of Happiest Man Alive and many other twists, turns and remixes throughout, including a slow jam duet of Haunted Feeling! You could not plan this, but how about right at the end of the performance, a police helicopter hovers over the fete and shines their lights on the crowd taking the fete to a serious crescendo. Yuh know Trinis like nothing better!

Saints fete was spectacular. The entertainment was top notch. The bars were on point, nothing ran out and the service was quick. The food was on point, and the service was good, except for the HORRIBLE service from the one guy in the chinese food tent. I mean he was so bad I had to put in my review! May have to make this weekend a standard pre carnival trip.

Thanks to the Saints Old Boys for having us!